TMZ's crew and veteran cameraman Josh Levine were all over Hollywood last night, doing what they do best; catching all the action!

We started the night at Hollywood hotspot Area, where the girls were at it again. New BFFs Britney, Paris and Lindsay all showed up at the swanky L.A. club, setting the paparazzi into a frenzy with each arrival. Britney, who showed up with a few of her backup dancers, caught up with her past inside the club: our cameras spotted ex-boyfriend Justin Timberlake entering just minutes before Britney! 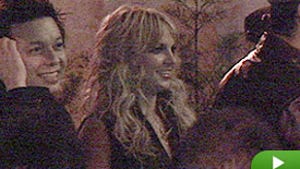 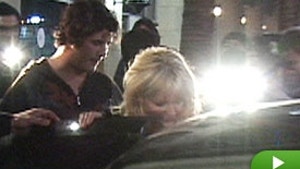