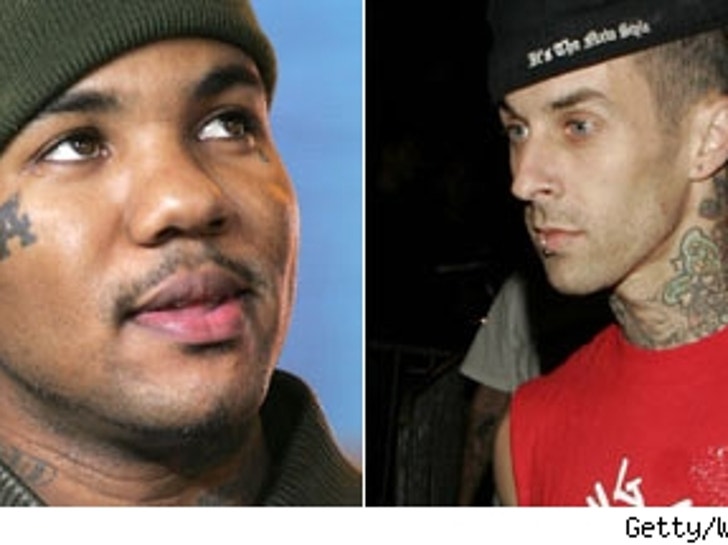 It's tough to tell whether the troubled relationship between former Blink 182 drummer and Shanna Moakler is on or off. One relationship Barker can be proud of these days is a professional one. By teaming up with rapper "The Game," the alternative rock drummer has pulled off one of those sonic marriages of rock and rap, inspired by the 80s union of Run DMC and Aerosmith, and Anthrax and Public Enemy. Since then, we've seen many such collaborations; Jay Z and Linkin Park, N.E.R.D. and Good Charlotte, as well as Korn, who teamed on separate occasions with Ice Cube and NAS. 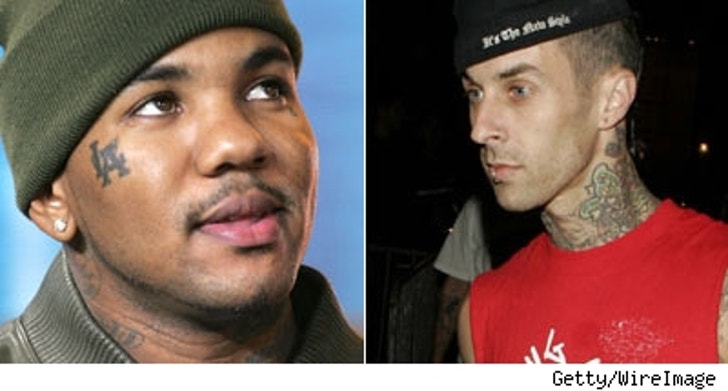 Travis Barker, in between verbal jabs with his ex in October, broke his arm while shooting a video for his band +44's, "When Your Heart Stops Beating." Although he was ordered to take some time off, the break didn't stop Travis from beating on the skins for long. Barker, still in a cast, impressively plays one handed while the newly teamed up duo reinterpret select cuts The Game's latest record.

Both Barker and The Game have done very well on the charts this fall. The Game's "Doctor's Advocate," released a few weeks ago, debuted at #1 on Billboard. Barker's band +44 saw their record, released the same day, hit #10. Not bad for these Southern California natives.

Starting today, the combo's efforts are now exclusively available via a unique edition of AOL Sessions!