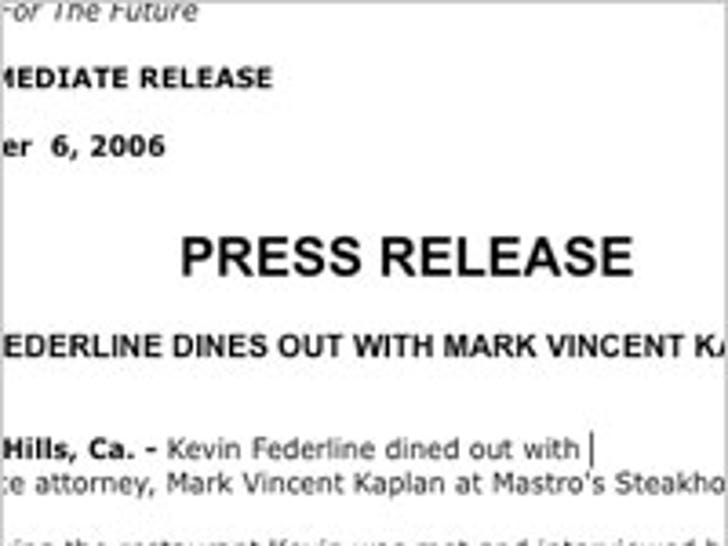 In one of the the most ridiculous displays of shameless self-promotion ever, a spokesman for a lawyer repesenting Kevin Federline issued a press release yesterday to promote a dinner "event" featuring Federleezy stuffing his face. Wait -- K-Fed's lawyer has a publicist?!

Several media outlets were invited to cover the "event," to ask Federleezy hard-hitting questions like, "Where do you see yourself in a year?" Kevin smiled and responded, "Making movies!" This is one case where we actually encourage K-Fed to follow his rap dreams instead.

The power-packed press release also said that Federline has forgone his "signature gold chains that he wore around his neck" in place of "a fabulous well-stated sport jacket with open collar shirt." Stop the presses!!!

Buried below the "important" stuff, the release also mentioned that Kevin would like full legal and physical custody of his sons. Who's going to watch 'em when he's out scoring his Oscar?! 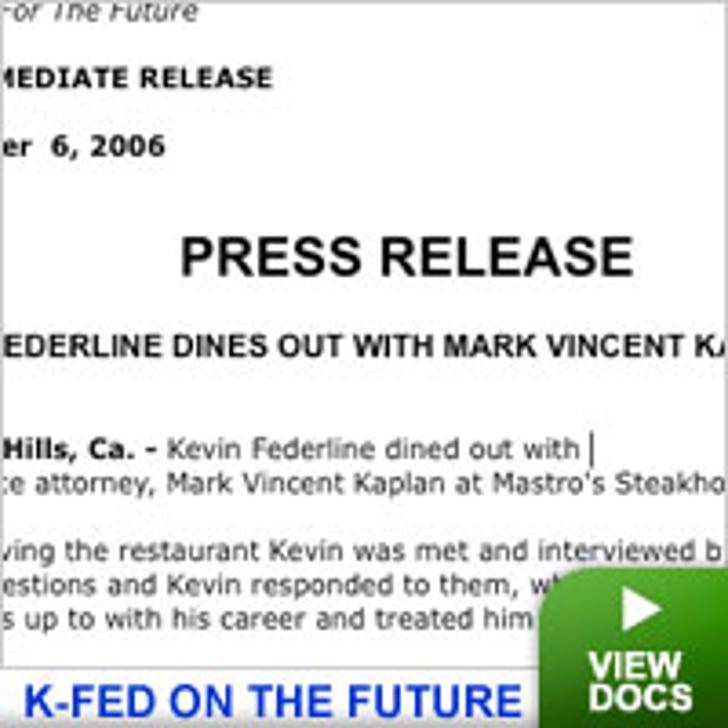