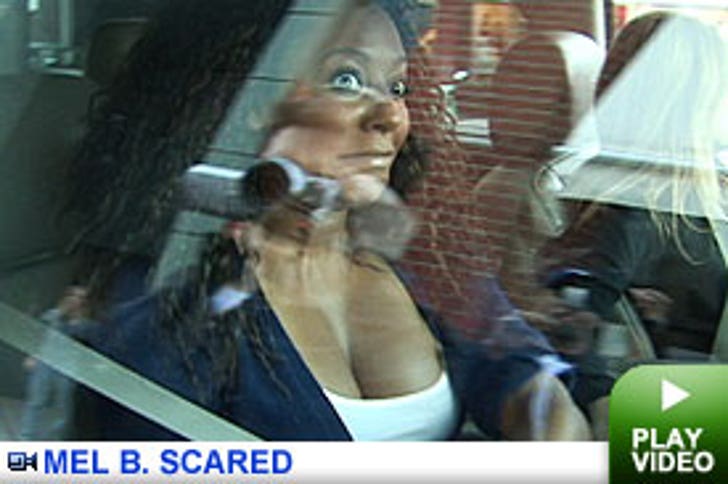 After eating at Mr. Chow, the stacked singer became trapped in the middle of a turf war between two rival paparazzi. As the two men aggressively confronted each other, Mel's handler started yelling, "Get her inside!" An X17 photographer lashed back, "You in my hood!"

A scared Scary Spice retreated into Mr. Chow and emerged only after the fight had died down. Though she looked calm during her second exit, it was clear that Mel wanted to get the heck out of there, telling her driver, "Let's go, let's go!"