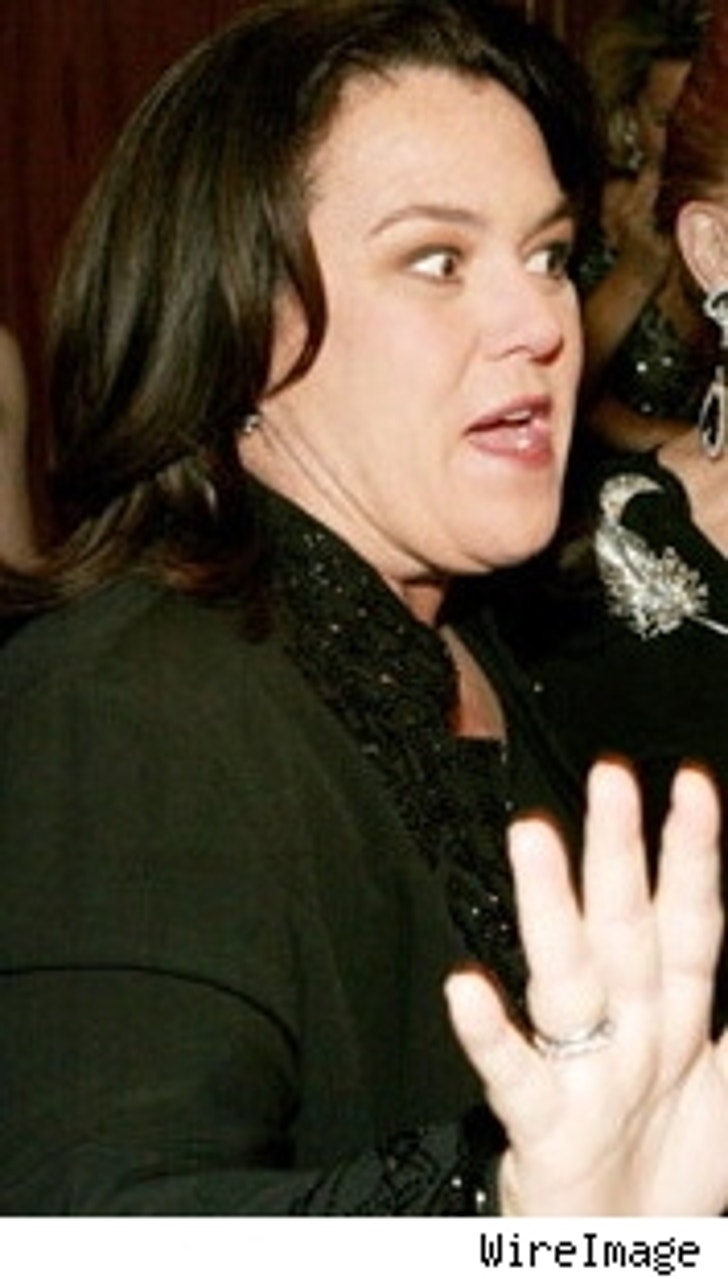 She may not have used the N-word, but that doesn't mean Rosie O'Donnell is in the clear when it comes to race relations.

According to Page 6, Asian-Americans are fuming at "The View" host for saying that Danny DeVito's drunken antics made headlines in China that read: 'Ching chong, ching ching chong, Danny DeVito!"

"The use of the distorted phrases is insulting to the Chinese and Chinese-Americans, and gives the impression that they are a group that is substandard to English-speaking people," says the Asian-American Journalists Association. But Rosie's rep thinks they just don't get it: "I certainly hope that one day they will be able to grasp her humor."

When exactly did Britney Spears jump the shark? Writer Camille Paglia says it was when she kissed Madonna on the 2003 MTV Video Music Awards. Paglia told US that, in a sense, Madonna was saying, "'I'm passing the torch to you.' It was a fabulous moment. Britney looked toned, in control of her career. Literally from that kiss, from that moment onward, Britney has spiraled out of control." Thanks a lot, Madge.

Party Favors: Brad and Angelina Back in the States ... George Clooney to Pair With John Grisham ... Kid Rock Parties With Ex

Brad Pitt and Angelina Jolie are back in the good ol' U.S. of A. To celebrate Brad's upcoming birthday, Hollywood's hottest couple visited Fallingwater, an architectural wonderland built by Frank Lloyd Wright, near Pittsburgh. Then the pretty pair headed to New York so Angie could promote her new movie, "The Good Shepherd" ... George Clooney is working on a deal to produce a movie based on John Grisham's first nonfiction book, "The Innocent Man." Right now, though, Clooney has no plans to star in or direct it ... Kid Rock, who moved back to Detroit after his split with Pam Anderson, has been seen with his ex, Conchita Leeflang. He even flew to L.A. to go to Leeflang's birthday party at rapper Eddie Mayhem's crib.