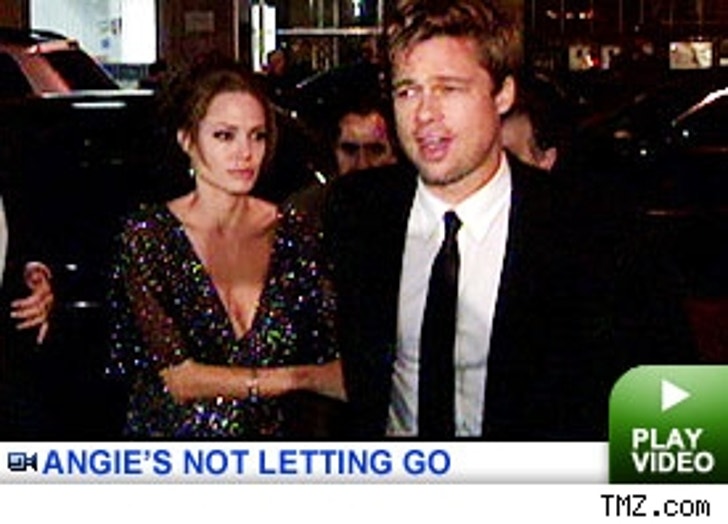 Even though Angelina Jolie has made it clear that she's no fan of PDA, her actions tell another story. TMZ cameras caught Brangelina arriving hand-in-hand at the after party for "The Good Shepherd," and it looked like neither one wanted to let go. Also showing up for the all-star event were Matt Damon and Robert De Niro.

Meanwhile, on the left coast, Janice Dickinson and Orlando Jones showed some TMZ love at a Hollywood party for a new Ed Hardy clothing line. Also seen: John Salley and Eric Mabius of "Ugly Betty." Tony Rock (Chris' brother) saw our cameras at the party and said he knew it was time to go! The nerve!

Check it out in this bi-coastal edition of Star Catcher: New York and L.A.!