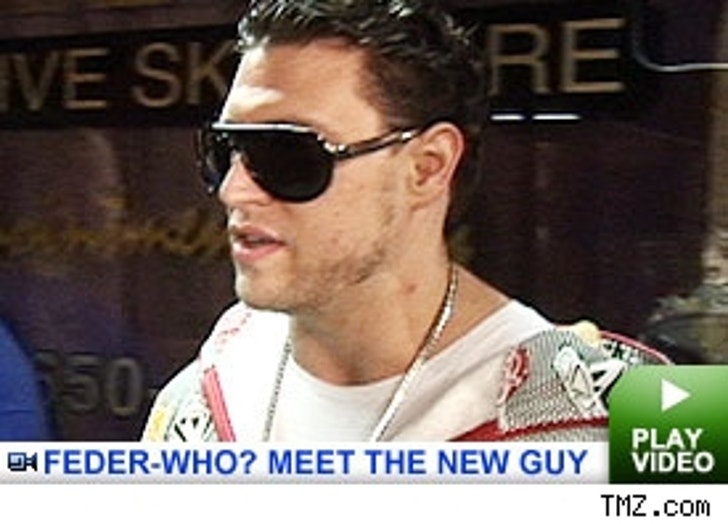 One minute he was just an ordinary multi-platinum record producer, but when "J.R." Rotem was caught swapping spit with Britney Spears, his fame level instantly skyrocketed.

Last night, Rotem fed into his new celebrity status and cruised by Hyde nightclub in Hollywood. He may have played the role of the shy guy when photogs clicked away, but deep down, we know he loved every second of it.