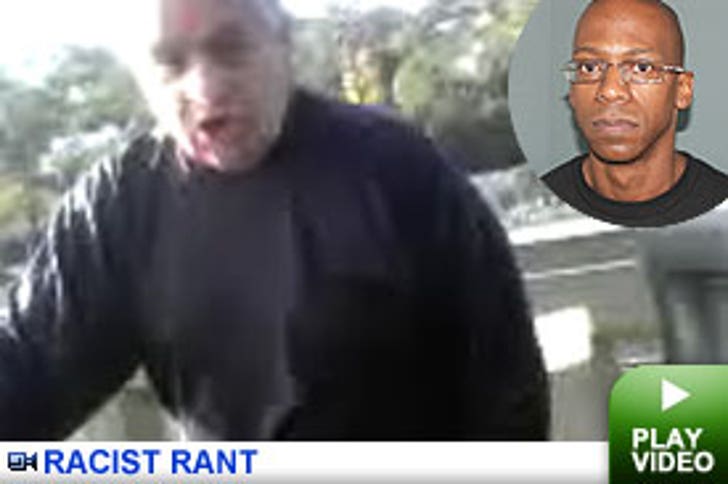 TMZ has obtained stunning video of a racist rant directed at a runner for a television show -- and it all went down in Hollywood.

D'Andre Ford, a runner for the television show "EXTRA," was returning from a delivery Monday when his car was involved in a minor fender bender. Ford claims the other driver struck his vehicle while he was stopped.

When Ford got out of his car to inspect the damage, the other driver began hurling racist slurs -- notably, the N word. Ford, who is African American, activated his cellphone cam and recorded part of the rant, but the other driver didn't seem to care.

Of course, another rant last month at the Laugh Factory in West Hollywood sent shockwaves around the world.

TMZ contacted Zakhar Laufer, the other driver. When asked about the racial epithets he said "I did not call him a nigger. That's not true."