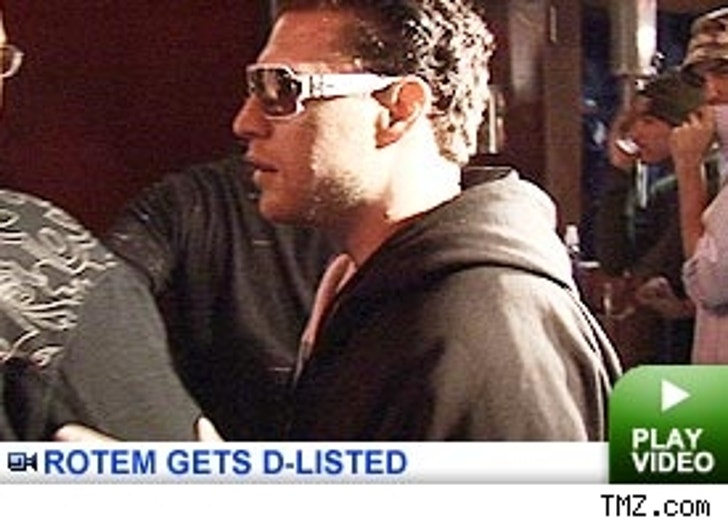 Hooking up with Britney Spears doesn't get you as far as it used to.

Two nights after cameras spotted music producer "J.R." Rotem locking lips with the Britster at The Grove, her rumored rebound guy tried to use his newfound star power to get into Hollywood hotspot, Hyde. Sadly for him, but amusing for us, Rotem got denied.

Moments after his reality check, Rotem took the loser walk down to another nightclub, where they welcomed the Gotti look-a-like with open arms.

To Rotem's credit, at least he didn't stand around and pout like another D-lister we know...