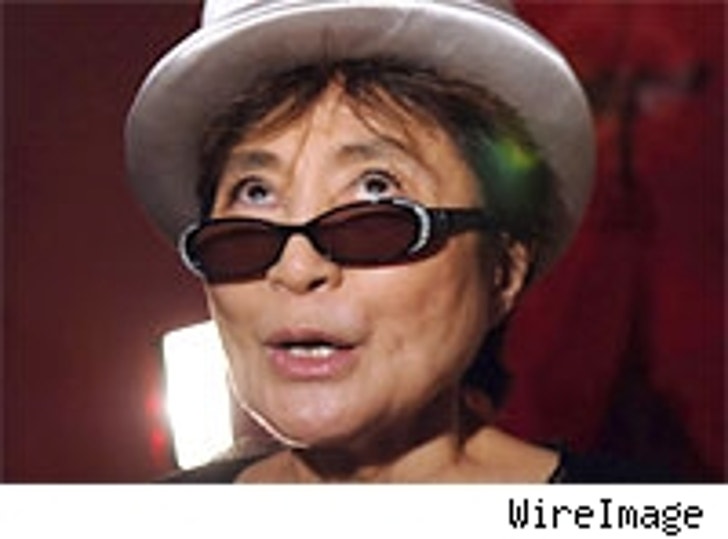 TMZ has learned that Yoko Ono's personal driver has been arrested in New York City for allegedly trying to extort the widow of John Lennon. Now, the driver is saying he's the victim.

Police sources tell TMZ Koral Karson allegedly told Yoko Ono that he had photos and tapes of her that were highly embarrassing and that for $2 million the tapes would never surface. Today, New York cops obtained a warrant and searched Karson's home. Karson was arrested and charged with attempted grand larceny in the first degree.

Karson made some fiery accusations of his own on his way out of the police station yesterday, telling reporters that the only reason Ono pressed charges was "to stop me from pursuing a sexual harassment case." Ono's publicist, Elliot Mintz, has denied the claim saying, "That is completely false. She's the victim here,"

Sources say Karson allegedly confronted Ono with his ultimatum this past weekend, the anniversary of John Lennon's death.

Mintz tells TMZ his client was "shocked by what happened and did what any citizen would do -- she went to the cops."

Karson is currently in custody and will be arraigned Thursday.