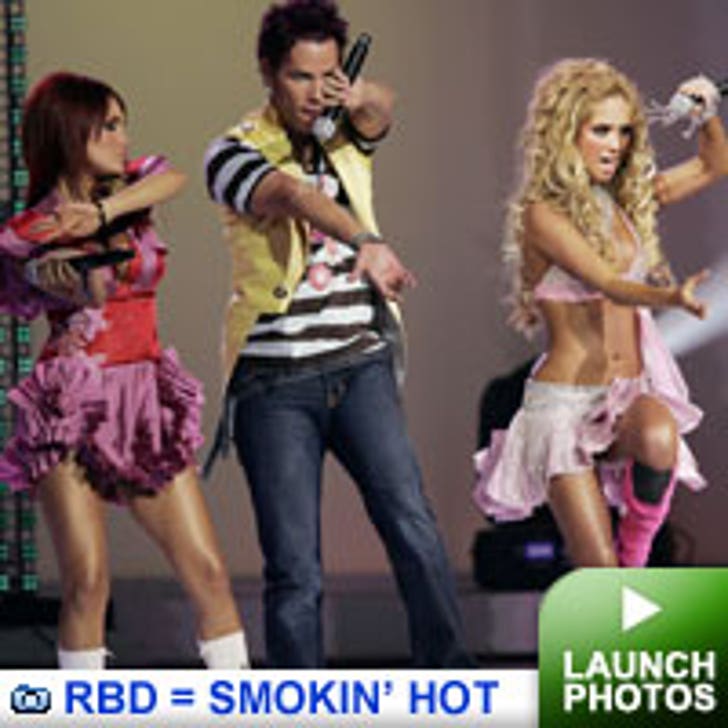 They've sold over 20 million albums worldwide. Earlier this year, they sold out Madison Square Garden, Miami's American Airlines Arena and the Los Angeles Coliseum. So, why haven't you heard of Mexican pop sensation RBD?
That'll all change tomorrow with the release of the sextet's first English language album, "Rebels."

The group has already sold over 2 million albums in the U.S., thanks largely to their bilingual radio hit, "Tu Amor." Improbably, Anahi, Dulce, Maite, Alfonso, Christian and Christopher got together in 2004 when they were cast as bandmates on the Latin soap opera "Rebelde," and they haven't looked back.