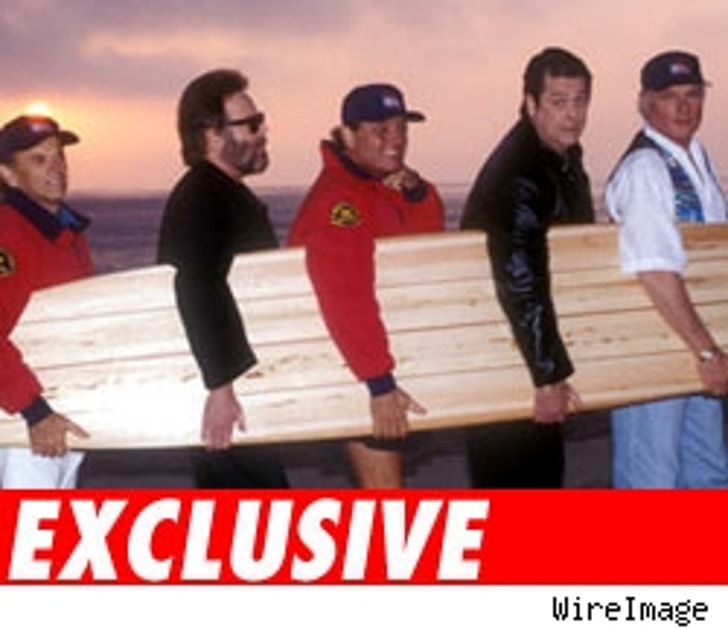 Wouldn't it be nice if you could wake up ... and find out that a crazy judge didn't pull the rug out from under you?

The Beach Boys just learned a hard lesson about the American justice system. TMZ has learned that on December 11, Danny Morin, the lawyer from Brother Records Inc. (The Beach Boys' company), showed up 13 minutes late for a court hearing in Los Angeles Federal Court. Judge Manuel Real, legendary for his explosive tirades, sent some seriously bad vibrations through the courtoom by dismissing The Beach Boys' case.

Brother Records Inc. filed the lawsuit last January, seeking $20 million in damages from two men who allegedly stole a treasure trove of band memorabilia from a North Hollywood warehouse. The band claimed that Allan Gaba, owner of the warehouse, and his friend Roy Sciacca, pilfered such items as Brian Wilson and Mike Love's contract for the song, "Do It Again," photos of the band with George Harrison, and original music compositions.

The hearing on December 11 was a final pre-trial conference, the last stage before trial. Even though Attorney Morin's office made several calls to the clerk advising that the mouthpiece would be a bit late, it didn't sit well with Judge Real. We're told The Beach Boys are none too pleased, and Morin is asking the judge to reconsider. Don't count on it.