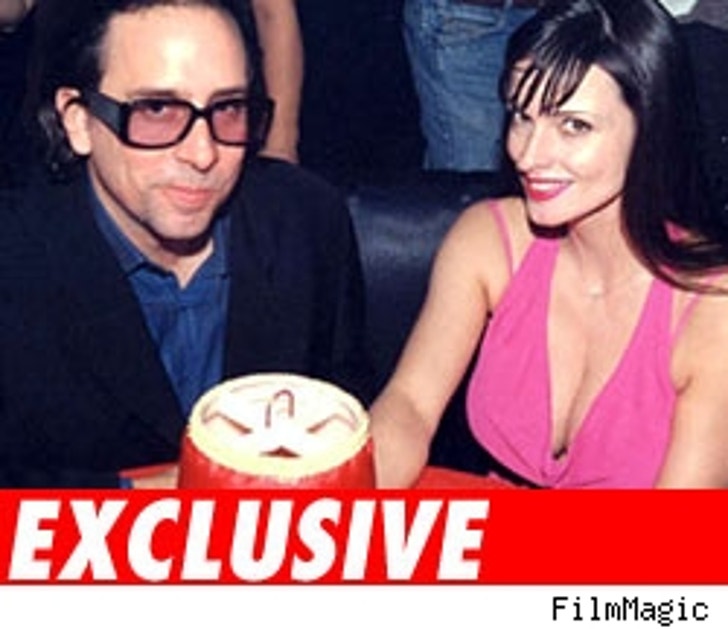 Lisa Marie, a model and Tim Burton's ex live-in girlfriend, has filed a lawsuit alleging that Burton, her lawyer and her friends conspired to fraudulently strip her of her right to palimony.

TMZ obtained a copy of the lawsuit, filed Wednesday in Los Angeles County Superior Court. Lisa Marie claims that she and Burton, whose directing credits include "Batman" and "Charlie and the Chocolate Factory," began their romantic relationship in 1991. She claims that a year later, Burton agreed to provide her with "financial support and needs for the rest of her life." They also agreed, she alleges, to combine all their worldly assets.

Lisa Marie, who describes herself as a model, actress, artist, writer and photographer, claims that in August 2001, Burton ended their relationship. She says in the suit, "This sudden, totally unexpected news devastated Plaintiff, who became extremely depressed and emotionally unstable for months thereafter."

That's when Lisa Marie says the conspiracy went into high gear. She alleges that her financial advisors, her lawyer and her friend, Cherry Vanilla, all worked with Burton to make her feel as if she didn't have a case against Burton for lifetime support. According to her suit, "They unconscionably played upon Plaintiff's emotional weakness by continually telling her that she was facing poverty unless she entered into a settlement with Burton on terms acceptable to Burton."

Under the settlement, Burton paid Lisa Marie fair market value for their New York apartment. According to the documents, she received $2.7 million for the unit, and nothing else.

Lisa Marie is suing to rescind the settlement agreement based on fraud. She's also asking for damages in excess of $25,000.