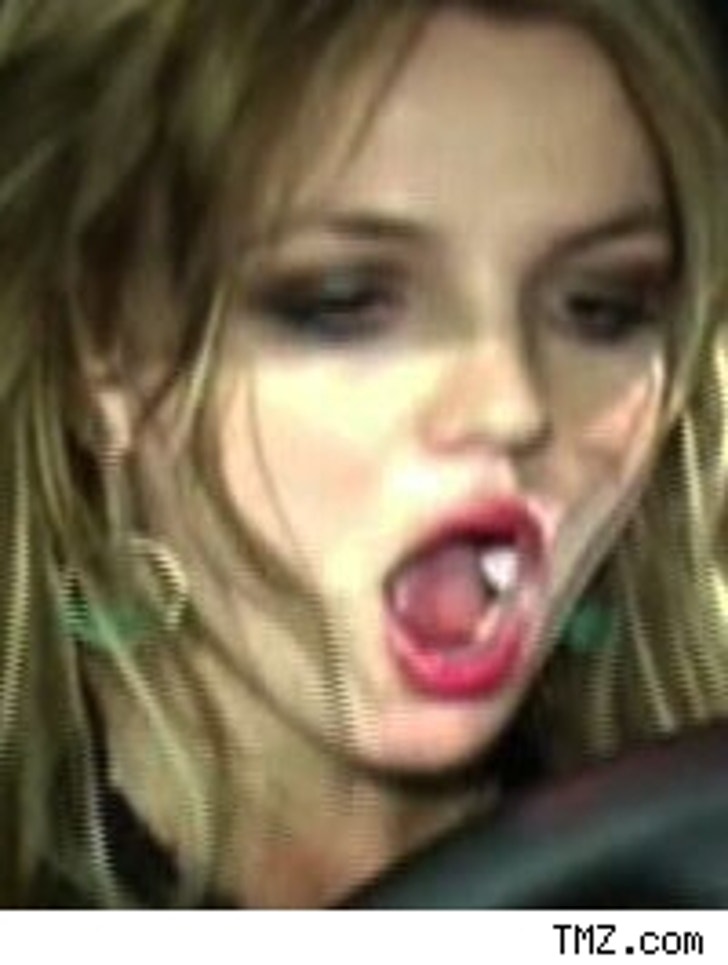 Britney Spears is losing the respect of even her most ardent fans – and now one of the Britster's most popular fan sites is shutting down.

WorldofBritney.com,
a faithful and well-visited chronicler of all things Britney since 2000, is closing up shop, and its webmaster had some parting shots for Spears as he announced his site's demise. "As Britney keeps losing her identity and credibility within fans and industry people, so is [World of Britney]," writes Ruben Garay. "I believe Britney is unfortunately done (for me at least). No matter what anyone thinks or how they may disagree, it's very hard to maintain the respect needed to keep things going."

Garay says that Britney's recent penchant for crotch-exposure isn't the primary reason he's moving on, however, he's going to start another celeb-themed site soon. And he says that he still has respect for Spears "as a human being."

The Los Angeles County sheriff's deputy who arrested Mel Gibson for DUI last August alleges that he's being harassed by officials in his own department because they believe he leaked an official report detailing Gibson's drunken, anti-Semitic rant to TMZ. TMZ's reporting ignited a storm of allegations and investigations within the department.

The attorney for Deputy James Mee, Richard Shinee, told the Los Angeles Times yesterday that he was abruptly transferred from his Malibu posting to an assignment in Agoura Hills, and that he's been "unfairly singled out" for scrutiny by his supervisors. Earlier this month, TMZ exclusively obtained letters from Shinee that detail an interrogation of Mee conducted by the Department in October, and request that the Attorney General take over the investigation into the leak. TMZ has never identified the source of the documents.

Steve Irwin wrestled with a venomous, six-foot sea snake – and tamed it – the day before he was fatally wounded by a stingray. In a scene from the nature special "Ocean's Deadliest, as previewed by the New York Post, the "Crocodile Hunter" tussles with the sea snake, which Irwin describes as having a body "fatter than my arm and almost as fat as my leg." The snake, normally a placid creature, then nearly bites Irwin with its quarter-inch-long fangs, prompting Irwin to exclaim, "Lucky he didn't have his mouth open there. You could see how 'ol Steve-O could've taken a hit." The special will run Jan. 21 on Discovery Channel and Animal Planet.

Actress Anne Hathaway went to the Gramercy Park Hotel for a night on the town recently, reports Ben Widdicombe, but got turned away, even though Sean Penn had just gotten through. The plucky Hathaway didn't make a fuss – she just headed to a nearby gay bar called Snaxx. ... The recently separated Pam Anderson had a date the other night with noted playboy Steve Bing, but their pairing didn't end up generating much of a bang. Page Six says that Anderson was home by 9:30 PM, and that she didn't care much for Bing's sweet-talking. ... "Rocky" and "Fargo" are just two of the 25 films entered into the National Film Registry on Wednesday. "Blazing Saddles" and "Halloween" are also among the pictures that will be preserved for posterity.