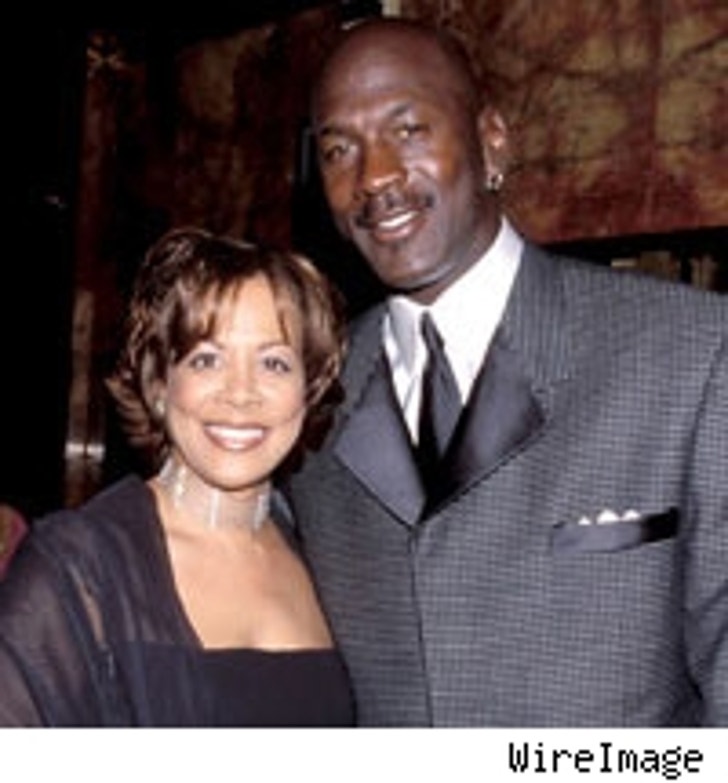 For the second time in their 17-year marriage, basketball legend Michael Jordan and his wife are calling it quits.

In a statement issued through their lawyers, Juanita and Michael Jordan announced that they have "mutually and amicably decided to end their 17-year marriage. A judgment for dissolution of their marriage was entered today. There will be no further statements."

Juanita filed for divorce in 2002, citing "irreconcilable differences," but withdrew her petition just weeks later when the couple announced they were attempting a reconciliation. During the earlier divorce proceedings, Juanita sought custody of their three children, a 25,000-square-foot home in suburban Highland Park and half of the rest of the couple's property.

In July, a judge rejected a lawsuit brought by Jordan's former lover, Karla Knafel, who said that Jordan had promised her $5 million for her silence, and for not filing a paternity suit when she learned she was pregant in 1991. Jordan denies making any promises.