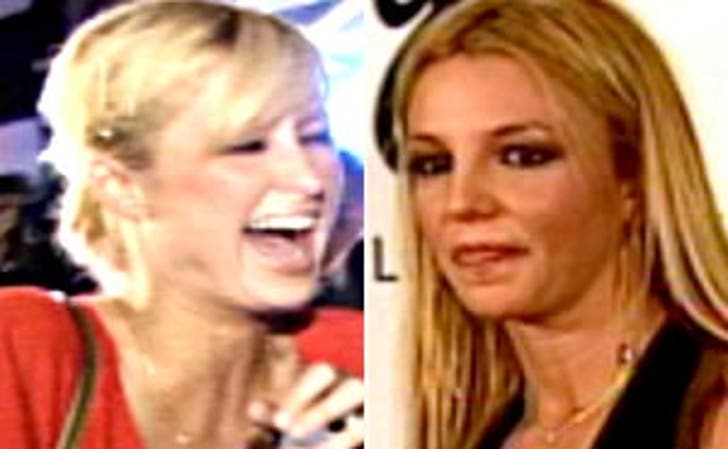 Looks like the Paris Hilton-Britney Spears lovefest is officially over. Not even a month after the pair were BFF for all the world to see, Paris left Brit off her Christmas party invite list, and is going around calling her "Animal" behind her back.

Brit abruptly stopped partying with Paris a couple weeks ago, and according to Us Weekly, she told Paris that it wasn't "personal." Well, Paris apparently took it that way, snubbing her and smearing her to others. A rep says, "I've never heard Paris use that phrase about anybody, and I won't be surprised to see them together in the future."

Miss Nevada Not Getting A Second Chance – For Sure

Even though Donald Trump seemed to open the door last week for Katie Rees, the disgraced Miss Nevada, to take her crown back (if not her dignity), the door was officially slammed in her face yesterday. Paula Shugart, head of the Miss Universe Organization, told the AP that she'd "thoroughly considered" Rees' request to be reinstated, but that there was "no recourse but to stand by our decision." The Donald had told "EXTRA" last week that he was looking into the decision to strip Rees of her title, inciting speculation that Rees might come back.

It might be a case of a few too many Red Bulls, but Lindsay Lohan got into it with flash-and-flesh impresario Joe Francis in Miami recently. According to Page Six, Lohan and Francis were hanging at club Mokai, when Francis ignored Lohan to hit on other girls, which didn't please Lindsay one bit. "Lindsay gave him a piece of her mind," says a Post spy. "They had to be physically pulled apart." Lohan simmered down enough to hang with her new best pal (and close Paris Hilton associate) Scott Storch.

George Lucas said yesterday that the long-awaited "Indiana Jones" sequel is finally coming to the big screen, and that it'll start shooting next year. The script has been finalized by Lucas and Steven Spielberg, and Harrison Ford is set to take the whip once more. ... Actor Jay Mohr and actress Nikki Cox have gotten hitched, reports People. The bosomy Cox met Mohr on the set of her show "Las Vegas," and the couple were engaged in February. It's the first marriage for Cox, who was once engaged to comedian Bobcat Goldthwait, and the second for Mohr. ... In the aftermath of Saddam Hussein's surprisingly sudden execution last night, networks are scrambling to figure out whether to air footage of the actual hanging, if in fact it exists. NBC News execs hinted that they might use "a wide shot" for history's sake, but most of the newsmen who talked to the New York Times seemed to take a wait-and-see posture.