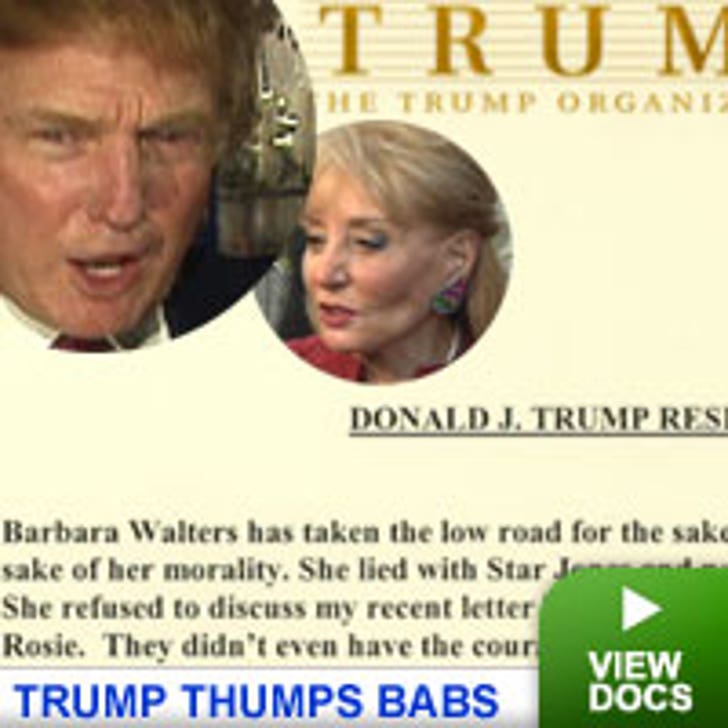 Like a fighter worn down by too many rounds in the ring, Donald Trump limply swatted back at Rosie and Babwa after their attack on him this morning.

In a statement, Trump again assailed Walters' truthiness, saying she "lied with Star Jones and now she has chosen to lie again." He also dubbed her a "sad figurehead dominated by a third-rate comedian." Moreover, Trump provided this brief review of this morning's "The View": "It was sad to see Barbara read her statement off a cue card. Rosie just pushed her out like a ("pathetic") puppet."

On her blog at rosie.com, O'Donnell posted a picture of herself and boss Walters (oddly, however, looking in different directions) and topped TMZ's analysis of her and Trump's ratings with the title, "Loving BW," an apparent reference to Barbara Walters.