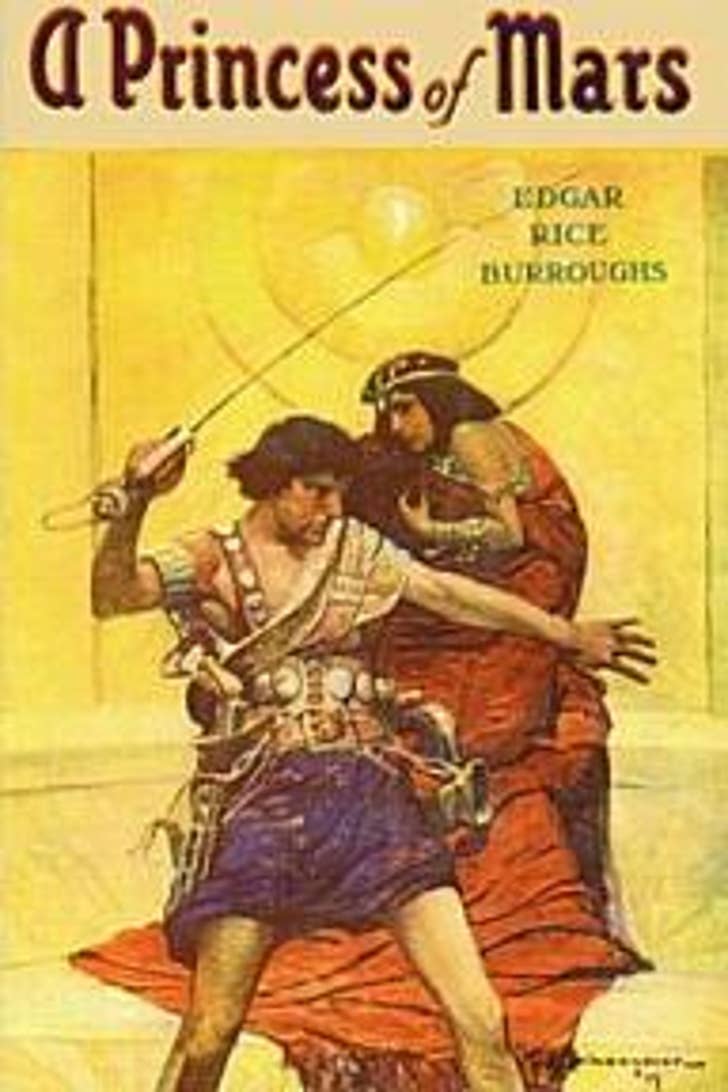 Our spies tell us that the estate of Edgar Rice Burroughs is in negotiations with Walt Disney Pictures to turn the eleven volume "John Carter of Mars" series of books into a motion picture franchise -- some ninety years after it first became a best-seller.

It won't be the first time Hollywood tries to do so. An attempt was made in 1970 to turn the massive, sprawling sci-fi epic into a film, and again in 2005.

Two years ago, Paramount hired Jon Favreau to direct it, and "The Mummy" producers Sean Daniel and Jim Jacks, to produce it. Even Harry Knowles, the founder of Ain't It Cool News, came aboard to produce the venerable sci-fi series. The estate briefly negotiated with Fox and Walden Media to make the movie there, but that deal fell through, insiders tell TMZ.

While Rice Burroughs is best known for creating "Tarzan," "John Carter" is, in my opinion, definitely the cooler character: He's a wealthy gentleman gold mine owner who cannot truly "die," but is constantly ferrying, via astral projection between states of existence on Earth and Mars -- reembodied in his handsome, strapping human form each time.

"John Carter" is certainly in keeping with Buena Vista Motion Pictures Group chairman Dick Cook's mandate to make more family friendly epics that can do huge business worldwide. More, as the New York Times points out in this weekend's Arts & Leisure section, there's no pesky author to impede its progress, as was the case with Ayn Rand's forever-postponed "Atlas Shrugged."

Knowles, Daniel and Jacks have now left the project, as has Favreau, who is mired in bringing the long-gestating Marvel Comics character "Iron Man" to the big screen for New Line Cinema.

Calls to Disney Studios went unreturned at press time, whatever that means around here.