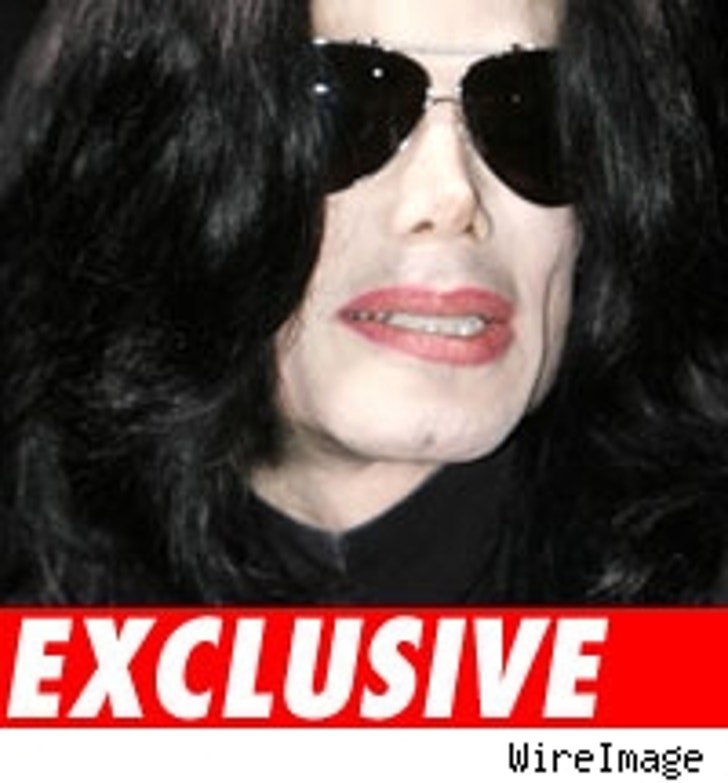 TMZ has learned that a Beverly Hills pharmacy claims Michael Jackson ran up a $100,000 tab for prescription meds, but never paid.

TMZ has obtained the lawsuit, filed Wednesday in Los Angeles County Superior Court, by drugstore to the stars Mickey Fine Pharmacy. The store, which often delivers its wares via motorcycle, alleges they had an oral agreement with Jackson to pay for any prescriptions they filled. The pharmacy claims Jackson made his last payment to them in mid-2005. According to the documents, the pharmacy made "repeated requests for payment." Perhaps Jacko thought that "oral agreement" was related to how to take the pills.

They are asking for the $101,926.66 they are owed, plus court costs and other relief. Jackson's asking for a glass of water and a napkin.

Calls to Jackson's reps were not immediately returned.