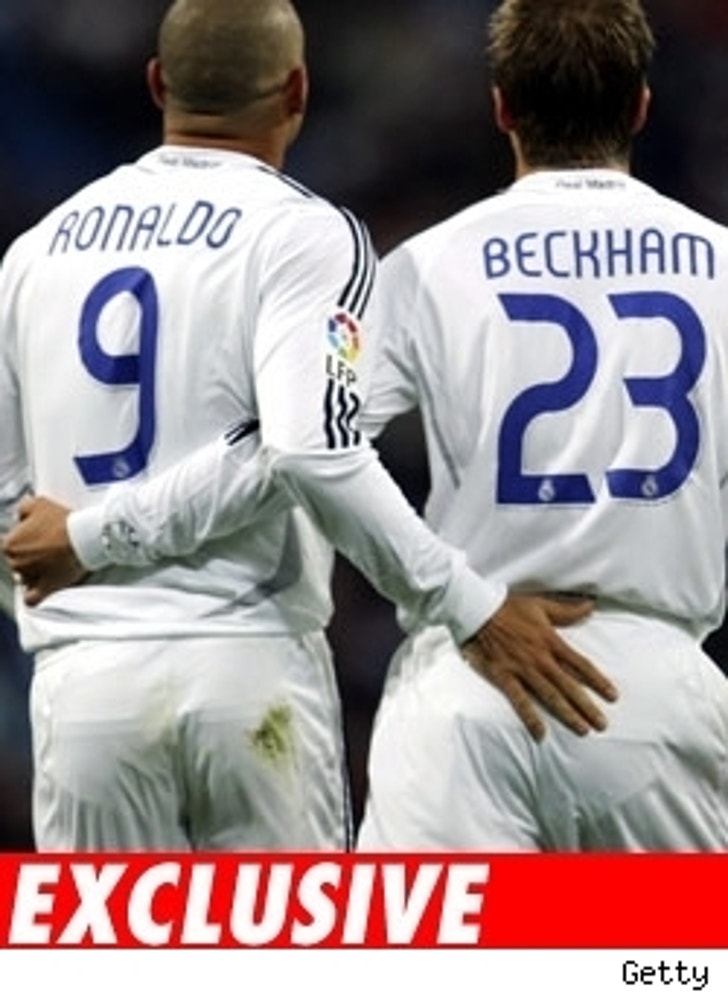 In the wake of Beckham joining the Los Angeles Galaxy, sources inside Major League Soccer tell TMZ that, among other players, Brazilian soccer superstar Ronaldo could be the next player joining Becks in America.

As TMZ reported yesterday, Beckham is moving to Los Angeles to play for the L.A. Galaxy -- for a record breaking salary of a $50 million a year for five years (for a total of $250 million). Sources say that New York could be the site of Ronaldo's landing, adding that NY's infatuation with celebrity athletes makes it the perfect place for him.

As for Ronaldo himself, sports insiders say his impact, while big, will be nowhere near that of Beckham's. Ronaldo, while talented on the field, does not have the same charm and charisma that Becks does. Charm and charisma... yeah that's it.