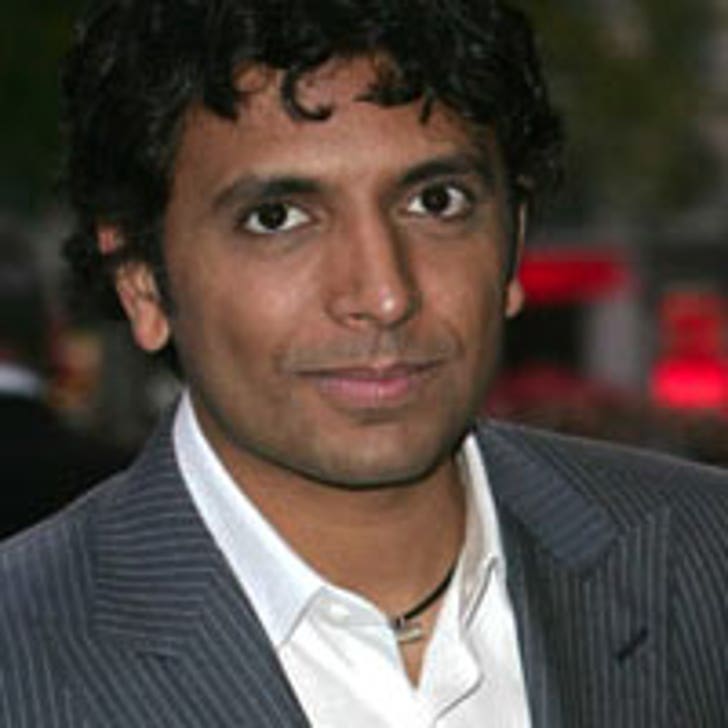 Normally, we wouldn't comment on a script that's struggling to sell -- most don't, after all -- but when the flailing spec script in question comes from a director whose last four movies have grossed a combined $1.25 billion worldwide, it's really kinda shocking.

The Night story, insiders say, centers on an alien invasion of earth carried out using Nature's flora and fauna -- and sources also say that so far, at least three studios have passed (possibly because Steven Spielberg has already made that movie, so to speak) though we hear only Fox was intrigued, but even then was demanding substantial rewrites, something Night is usually unwilling to do.

Explained one motion picture literary agent not affiliated with Team Night: "When this happens we call it, 'Throwing up a burger.' "

Of course, there's still a chance that the Night script might sell, but no doubt buyers are wary after "The Lady in the Water" so badly misfired.

M. Night, of course, recently signed on to an adaptation of "Avatar: The Last Airbender," a kiddie movie Paramount hopes will turn into a franchise.