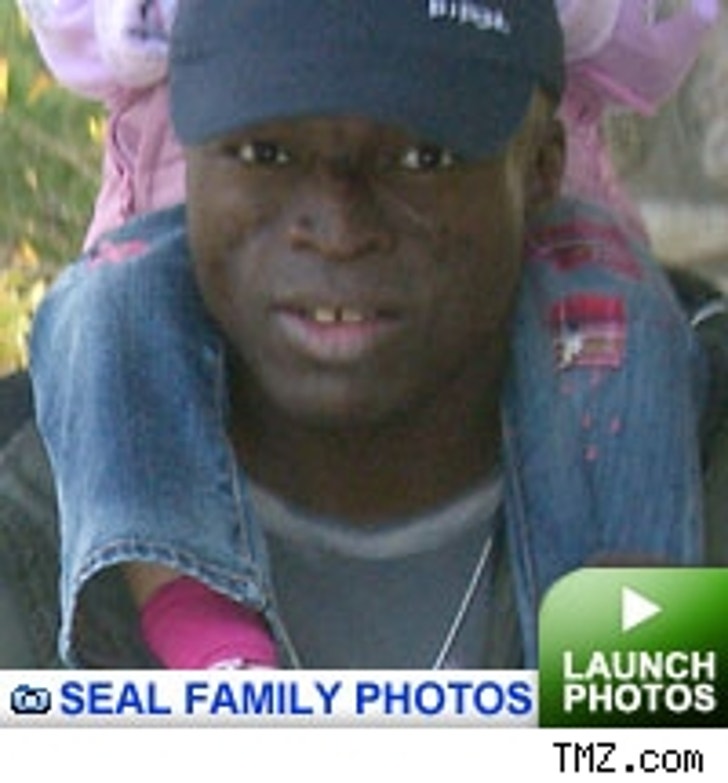 Heidi Klum and husband Seal spent a relaxing Saturday at a park in Beverly Hills. The couple was spotted with Klum's 2-year-old daughter Leni, and the couple's 1-year-old son, Henry. The couple's 3-month-old second son, Johan, was nowhere in sight.

Klum and Seal can be seen sitting in the sandbox -- Seal constantly checking his BlackBerry while Heidi digs a hole. Looks like Heidi enjoys going to the park just as much as the kids do!