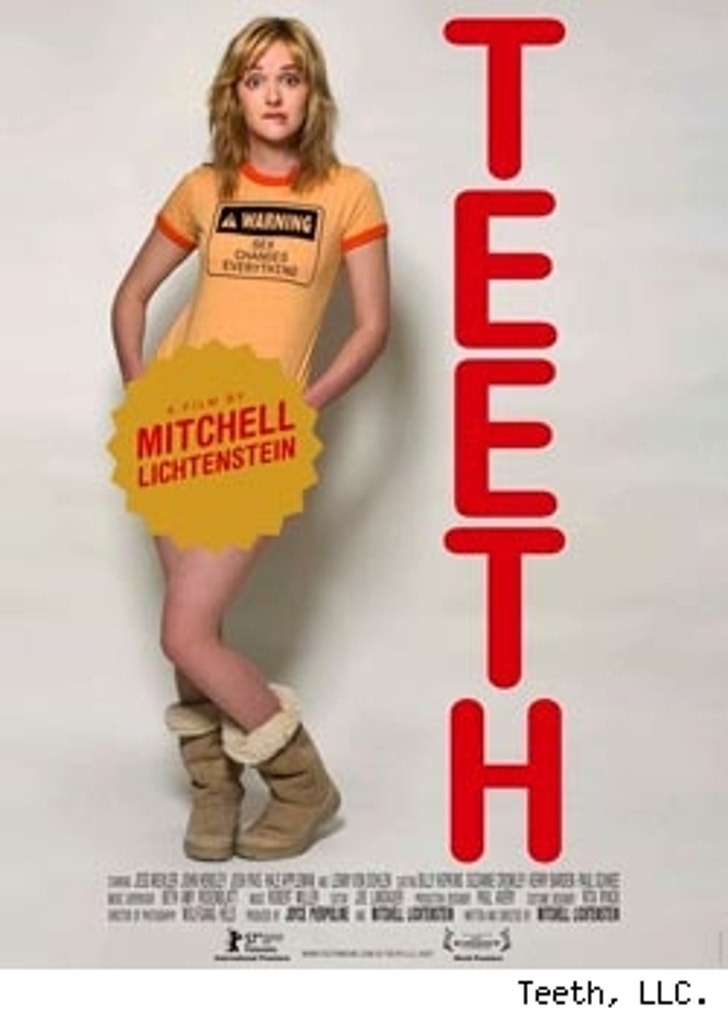 A scathing editorial about the Motion Picture Association by documentary filmmaker Kirby Dick in today's Los Angeles Times leaves us, and I am sure, the MPAA, scratching our heads.

Dick's polemic is tied to the DVD release of "This Film is Not Yet Rated," a 2006 documentary that excoriated the Motion Picture Association of America ratings process as being needlessly opaque; in violation of its own policies; favoring studio films over independents, and treating onscreen sexuality -- especially gay sex -- with a much heavier hand than violence.

This week, Hollywood conducted business in ways that seem to support some of Dick's thesis: At the current Sundance Film Festival, writer-director Mitchell Lichtenstein's new macabre sci-fi comedy "Teeth" -- about a teen virgin whose vagina actually has fangs and isn't afraid to use them for revenge -- was acquired by the Weinstein Company. Proving Dick's point, the Brothers Weinstein quickly partnered with Lionsgate Films, a Canadian company that isn't an MPAA signatory and therefore doesn't need to (and won't) submit the film for an MPAA rating. And by ditching the ratings process, the Weinsteins won't be forced to cut any of the more horrific scenes in "Teeth" and can maximize grosses -- and gross-outs.

A day later, Daily Variety reported Tuesday that MPAA CEO Dan Glickman was at Sundance, cheerleading for the NC-17 rating while simultaneously revising its rules to offer unprecedented guidance to filmmakers about how to avoid an NC-17.

But just when Dick is gaining momentum with the moral weight of his argument, he shoots himself in the foot:

"Censorship of films with sexual content actually serves the MPAA's political interests in Washington. One of the MPAA's primary objectives is lobbying Congress to pass laws favorable to the film studios. By harshly rating films with sexual content, the MPAA has curried favor with conservatives in Congress who have rewarded them by passing a number of very onerous intellectual property laws that have added billions of dollars to film studios' coffers while greatly restricting the development of new art forms and new technologies."

Well, duh: Sure, Dick's screed does have some emotional resonance. After getting caught referring to his co-star as "a faggot," "Grey's Anatomy" cast member Isaiah Washington -- or as I like to call him, Dr. McMeanie -- is actually seeking treatment for homophobia. Washington's immediate about-face suggests that even if there's no way to tell if the country is becoming more accepting of gay people, it is at the very least unwilling to tolerate the use of epithets to describe them.

But accusing the MPAA of being biased against sex (or even gay sex) in ratings isn't useful. The MPAA is inherently biased -- in favor of companies whose existence hinges on releasing profitable movies. Step one in keeping movies profitable starts with recognizing that 1 in 3 Americans is an evangelical Christian who isn't ever going to be OK with sex, let alone gay sex, onscreen. Being annoyed that the MPAA is willing to reflect current cultural biases rather than fight them, is like being annoyed with ExxonMobil for not working to save the whales.

And Kirby, if you think the MPAA does a lousy job rating movies right now, wait until the government takes over.