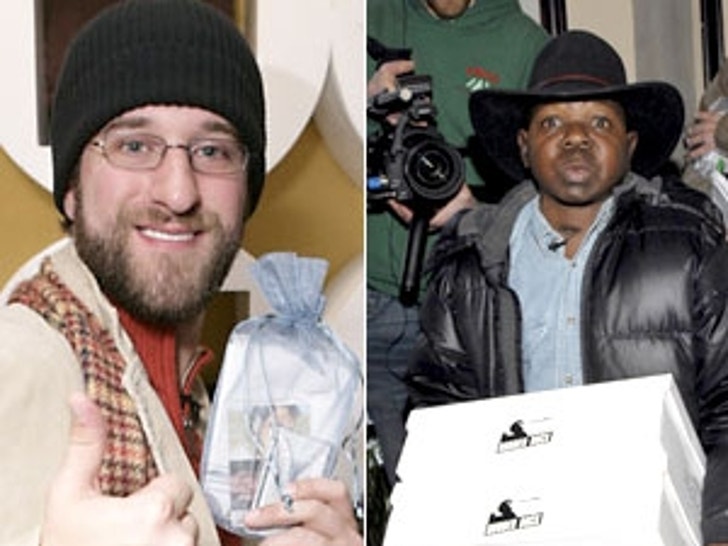 Dustin Diamond is trying to out-swag Gary Coleman at Sundance this week, and he's going back for seconds to do it. 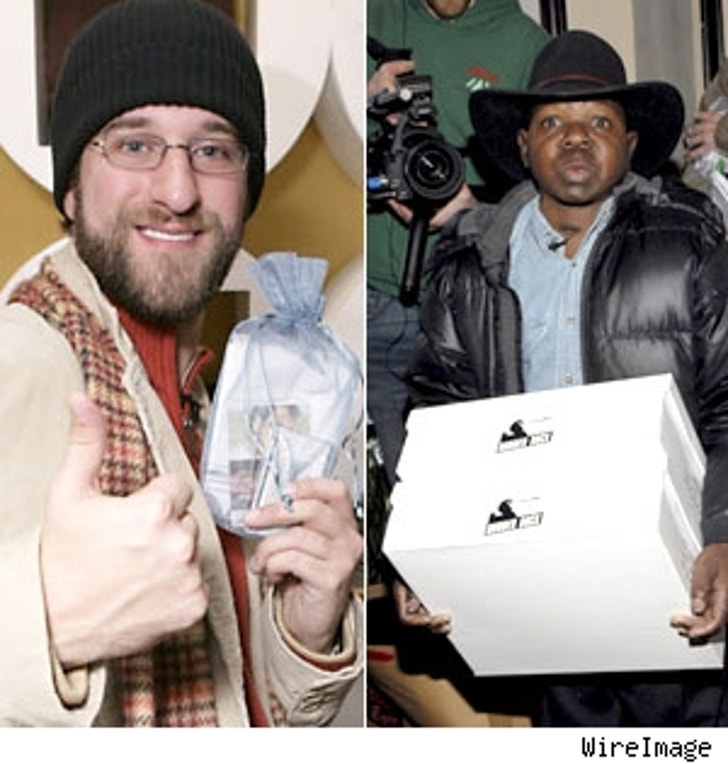 The aging child stars have been spotted around Park City with dueling camera crews following their every move. Coleman's rep tells TMZ he's in town to shoot a short film (get it? short film), though he wouldn't say any more about it. Diamond says he came to Sundance to "outgift" Coleman.

"My crew is going to be filming me come along and outdoing Gary Coleman," Screech told the Website iklipz.com, adding, "bigger and better and more expensive swag in every way, shape and form."

To do so, Diamond isn't above a little begging. He was at the Karl Feinstein Style Lounge when he got a crystal quartz charm bracelet from designer Kathleen Cavalaro. Then he tried to charm more out of Kathleen, but she wasn't having it. Sex tape stars don't get special treatment from her!