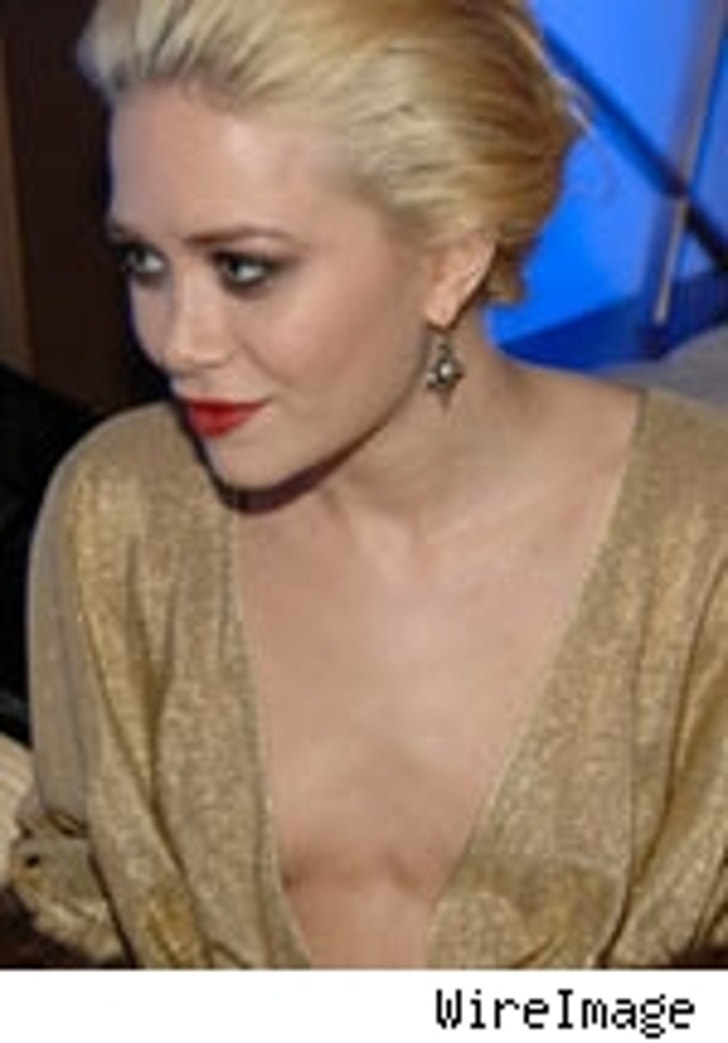 MK raised some eyebrows at the Golden Globes with her ultra-thin physique, says Us Weekly, and now there are loud whispers that she's struggling with the disease again. According to Us, Olsen, who was treated for the disease back in 2004, "still works with her therapist to keep her in line," and struggles with the problem every day.

Her rep, however, says that the young millionaire isn't losing weight and insists she's healthy, and offers a whopper of an explanation for the bony look: "The blonde hair she has now makes her look skinny."

Wacko Jackson at Large in the US 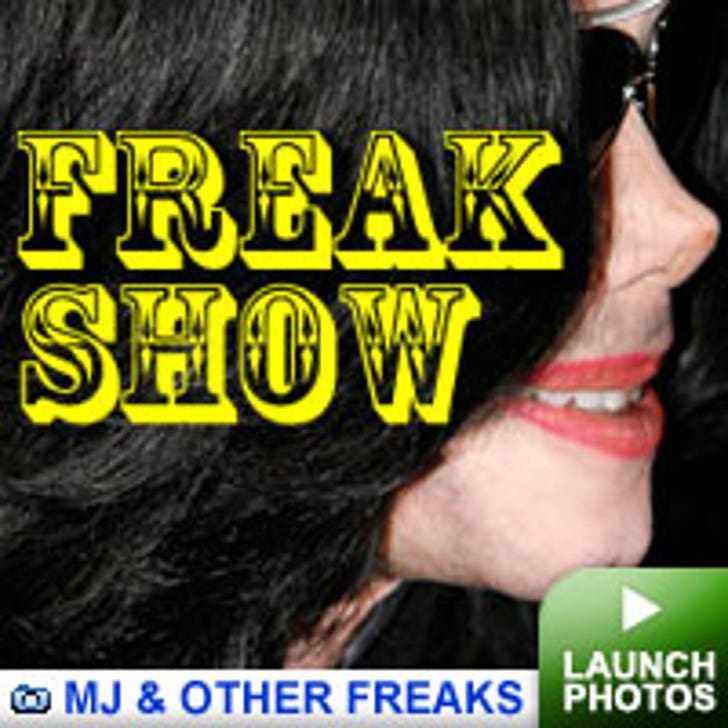 Bar the doors -- Michael Jackson is back in the US, but no one seems to know exactly where. Perhaps even Michael himself.

Yes, the King of Flop could be right around the corner from you, as he refused to reveal his whereabouts in a call with the AP yesterday, except to say that he's in the US. For security reasons, said Jacko's rep, they wouldn't divulge where he is, though he's been spotted in Georgia (for James Brown's funeral) and in Vegas (to spend gobs of money that he doesn't have). In March, Jackson is going to Japan, where those generous Japanese folk will pay $3,300 apiece to shake his gloved hand.

Even more bizarrely, during the call, a reporter was allowed only one question to Jackson, which was, "How are you?" Jackson's response: "I'm fine, thank you." CLICK TO HEAR THE AUDIO 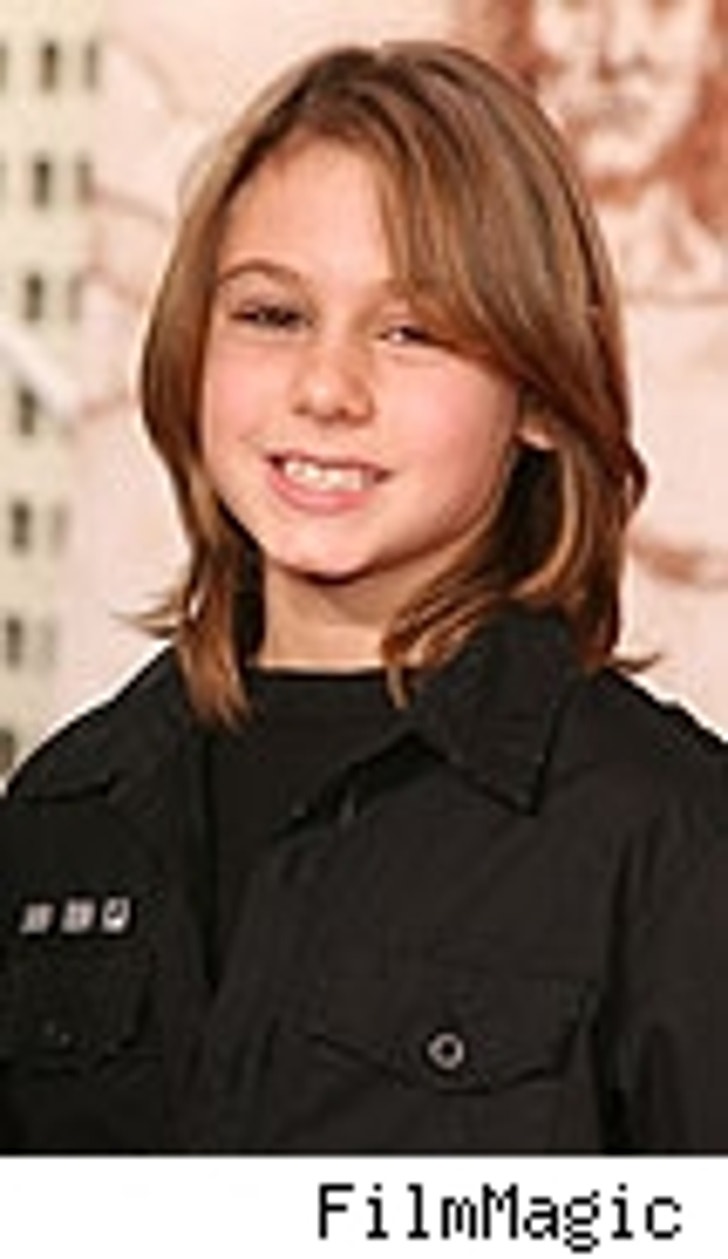 10-year-old boy/director Dominic Scott Kay is suing one of his financiers for creative control over a short film he directed starring Kevin Bacon. Kay, who is the voice of Wilbur the pig in "Charlotte's Web" and has appeared in other films, claims in a lawsuit filed yesterday that Conroy Kanter, age unknown, demanded control over the project, even though Kay says the film, about nursing an abandoned dog back to health, was his idea. Kanter put $11,000 into the film, and allegedly threatened to sue as well; her lawyer says it's a dispute between her and Dominic's mom, and that she gave the money as a charitable contribution. 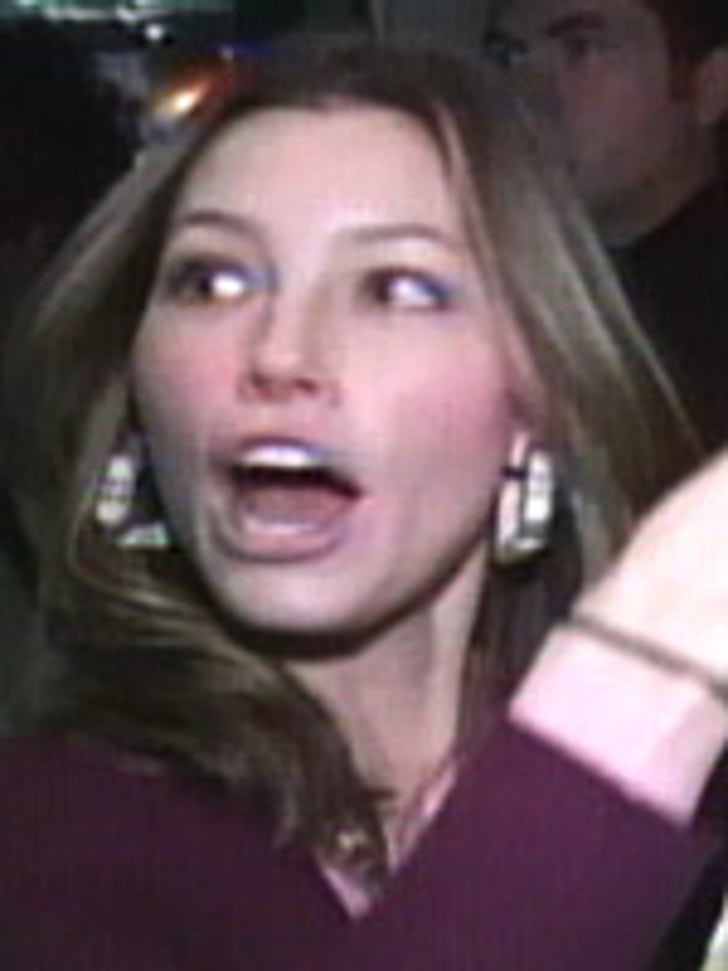 Could Justin Timberlake's rebound booty be none other than The Booty herself, Jessica Biel? Perezhilton.com reports that Biel jetted out to Utah to hang with Timberlake, and non-specifically "ignited their flame" on two consecutive nights ... Kimora Lee Simmons thought some other woman was throwing a drink at her and got really mad about it, report Rush & Molloy, causing a big scene at Alicia Keys' 27th birthday party at Bed. One attendee says that Kimora was all wet about being all wet: "She didn't look wet to me." Simmons' rep says that the object of ire was a "disrespectful fan." ... Rosie O'Donnell felt so bad, according to FOX 411, for the two guys who got the diss from the "American Idol" judges – including one whom Simon Cowell called a "bush baby" for his bulging eyes – that she's sending them to Disneyworld (uh, how old are they?) on an all-expenses-paid trip.