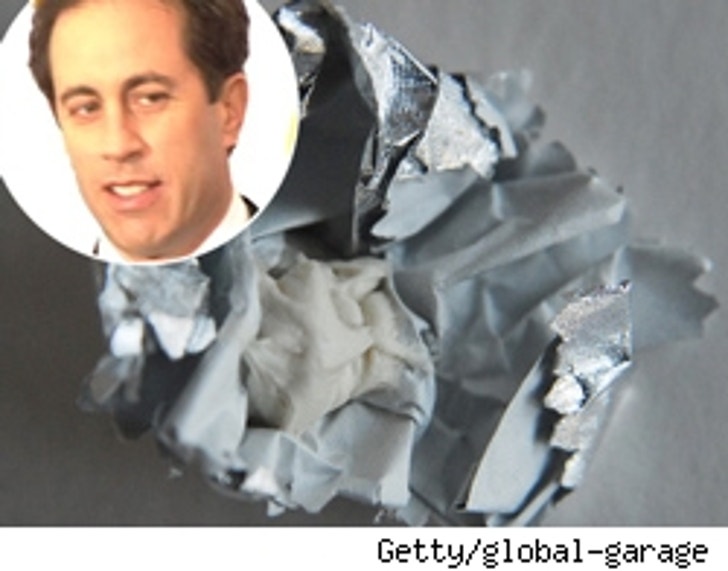 Who loves gum enough to go digging through a NYC sidewalk garbage can? Even if it is the discarded gum already chewed by the star of one of the most beloved sitcoms ever? That very Seinfeldian scavenger has posted an eBay auction of his masticated trophy.

In fact, the seller got two pieces of gum, he's only selling one. The seller dug Jerry Seinfeld's gum out of a trash can in New York after the strolling comedian threw it away. The winner of the auction will also get two photos; one from the television show and another of the hallowed trashcan in which the holy relic was found.

With the recent auction of Jessica Simpson's gum, it's only a matter of time before collectors are competing for the discarded Juicy Fruit of celebs.