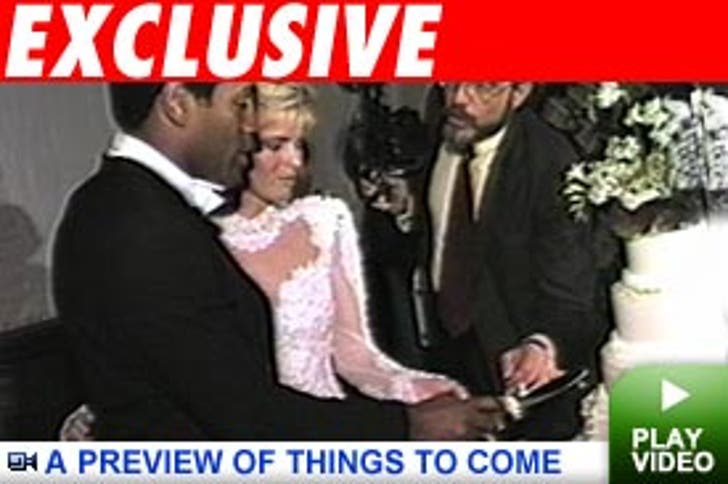 TMZ has obtained exclusive video of a knife-wielding OJ Simpson, showing his cutting skills to the woman he later killed.

The video was shot in 1985 during the wedding reception of Simpson and bride Nicole Brown Simpson. Ironically, it was shot at Simpson's Rockingham estate, the place he went after butchering Nicole and Ron Goldman.

A jury acquitted Simpson on murder charges, but a civil jury later ruled he caused the deaths, and it was not a case of running with scissors.

The entire four-hour reception was shot on video and is being marketed by David Hans Schmidt, the man who also peddled the sex tapes of Paris Hilton and Screech.