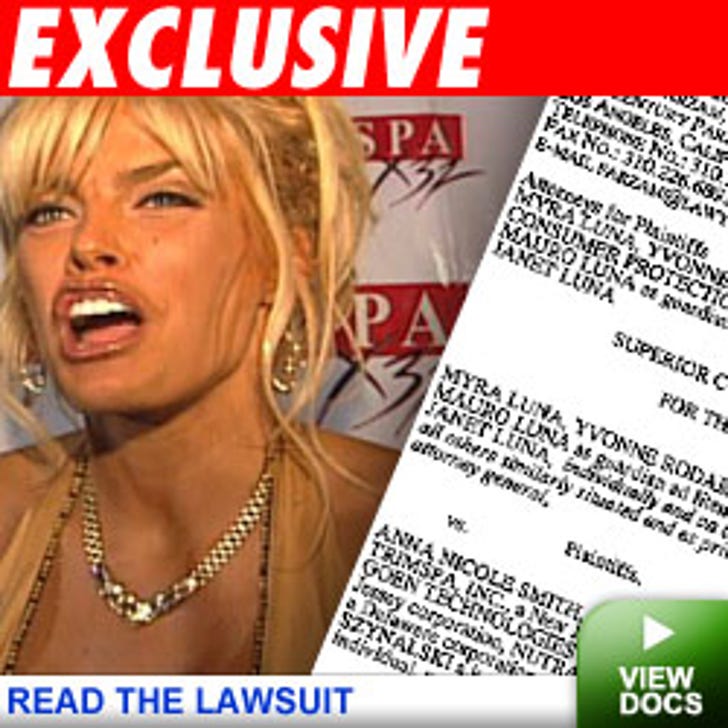 Anna Nicole Smith and TRIMSPA have been sued by a woman who claims the diet product is bogus.

Janet Luna claims she used TRIMSPA X32. According to the suit, TrimSpa has "represented, expressly or by implication, that TRIMSPA X32 causes rapid and substantial weight loss."

The suit, obtained by TMZ and filed today in Los Angeles County Superior Court, alleges the advertising is "false or misleading."

It appears that Janet Luna is a minor, since the suit was filed on her behalf by Myra Luna, Janet's legal guardian. Although Janet is the only named plaintiff, it was filed as a class action lawsuit.

It is unclear from the lawsuit if Luna is claiming injury or that she just didn't dump the weight.

Smith is a spokesperson for the product.