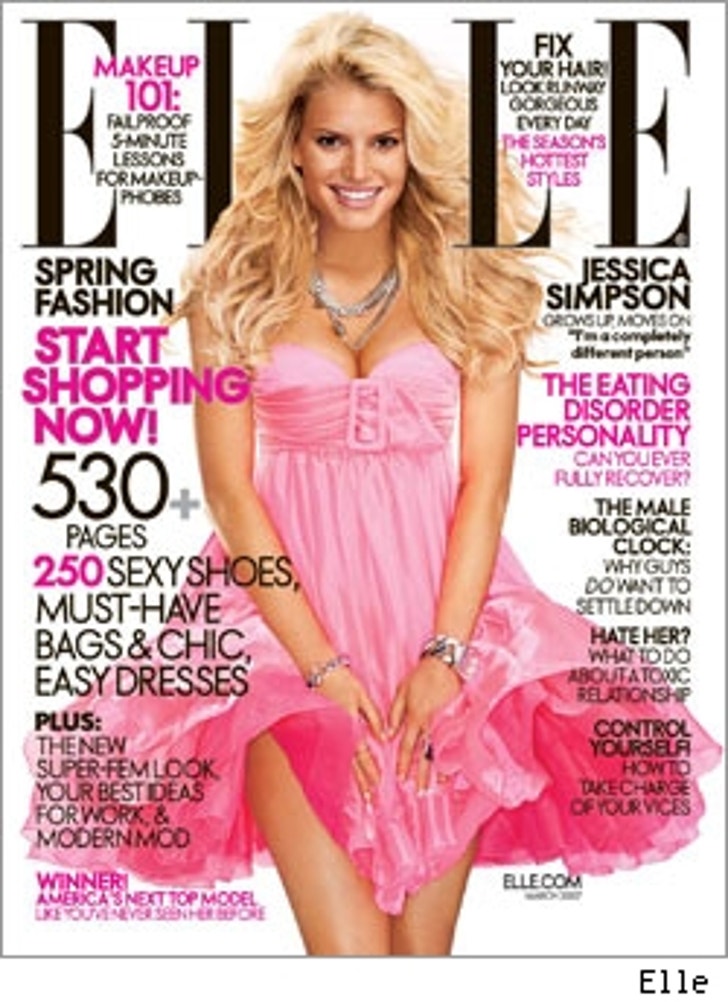 After turning her married life with Nick Lachey into a public affair, Jessica Simpson isn't talking about her relationship with boyfriend John Mayer. The tabloid Pizza Hut princess tells the new issue of Elle, "I want to tell you everything, but I have to sew my lips together." That would be a musical blessing!

Jess has no regrets about her days with Nick, but says that seeing him with another woman shortly after their high-profile split was tough. "Oh, it hurt me. Two or three weeks later? Yeah, I'd say it kind of hurt me." Although that may be true, Simpson also reveals that the day she moved out of their 6,500 square-foot "Newlyweds" home felt like "freedom." If living with Nick is prison, it may be time to get arrested.

These days Simpson's biggest problems are closer to her heart ... literally. "[My] cleavage is a distraction to me. It screws up every outfit I wear." It seems like the opposite is true.