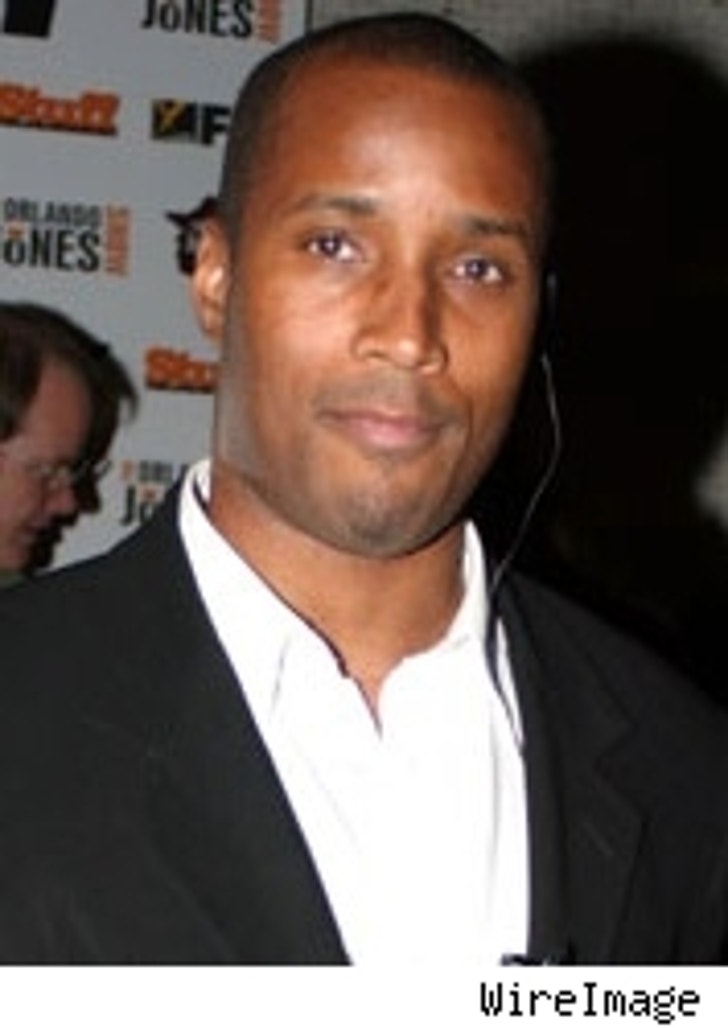 Granville Adams, the "Oz" star who allegedly pushed a 35-year-old man to his death in an empty five-story elevator shaft, says that he was simply acting in self-defense, and that if anyone (or anything) should be blamed, it's the elevator itself.

Adams was arraigned yesterday in Manhattan Criminal Court on a charge of criminally negligent homicide in connection with the death of Orlando Valle early Saturday morning, and TMZ has obtained a copy of the complaint. But Adams' lawyers said in court that the actor shouldn't be held responsible. According to their account, as reported by the New York Daily News, Adams, who was acting as a host at the nightclub BED, was attacked with a glass object on the back of the head, then felt someone climb on his back, whom he threw off.

According to lawyer Edward Kratt, Adams didn't "push" the person, who turned out to be Valle, into the elevator doors -- yet Valle hit the doors with enough force that they opened and Valle fell into the empty shaft, causing, as the complaint reads, "a fractured back, pelvis, and skull." The elevator had passed inspection in June 2006.

Neither Adams' lawyers nor club BED could be reached for comment.