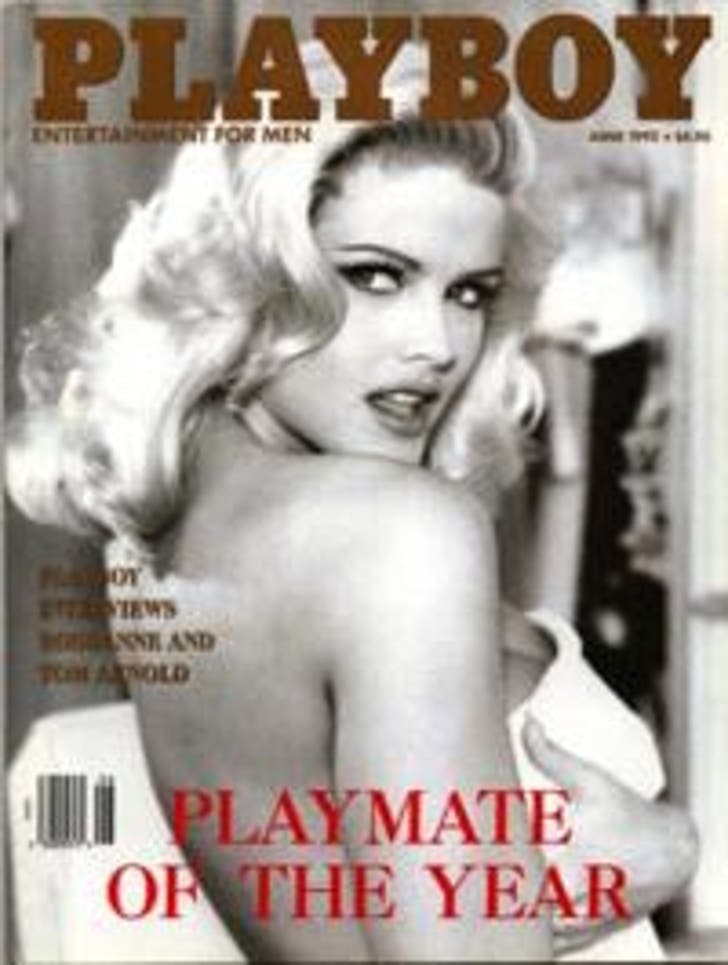 TMZ has learned that Playboy magazine's top editors are currently in conference with founder Hugh Hefner to determine the best way to commemorate deceased 1993 Playmate of the Year Anna Nicole Smith in the magazine's pages. Smith had been on the cover of Playboy four times between 1992 and 2001.

One challenge to planning any Smith memorial: Lead time. Playboy is, of course, a monthly magazine; the April issue has already gone to press, and the May edition was scheduled to ship imminently.

For now, the only reference to her death is on the Playboy.com editor's blog, where as of 3:56 PM (CST) a tasteful "shoulders and above" black & white shot of Smith, evocative of Marilyn Monroe, carried this message:

"The entire Playboy family is saddened to learn of Anna Nicole Smith's untimely passing this afternoon. Anna was our 1993 Playmate of the Year, and also a wonderful ambassador to our readers. Our heartfelt condolences go out to her friends and family."

Hef, in the meantime, also released a personal statement from the magazine's offices in Los Angeles, describing Smith as "a dear friend who meant a great deal to the Playboy family, and to me personally."