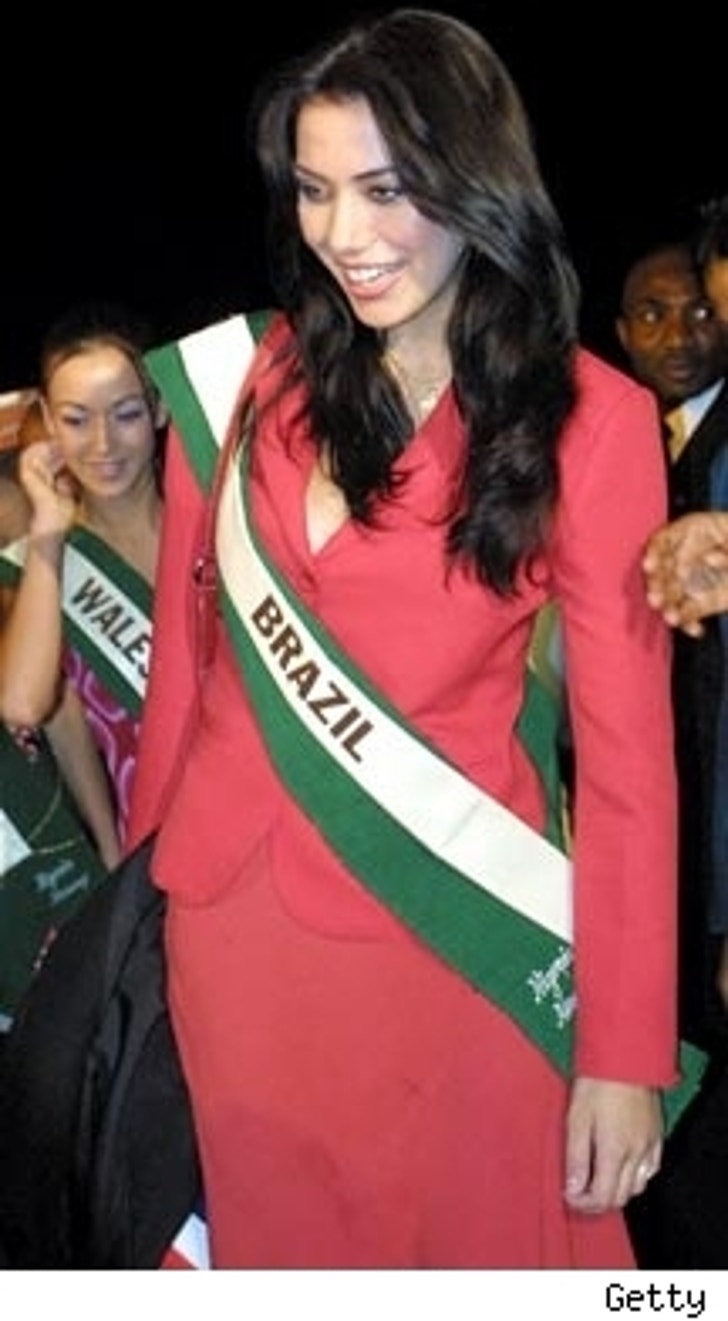 The pageant world has been rocked by yet another scandal!

Former Miss Brazil Taiza Thomsen last spoke to her family in September, saying she was in London. After not hearing from the 24-year-old stunner for months, family members contacted authorities to look into her whereabouts. Brazilian police began searching for Thomsen in January, and suggested that human trafficking may have played a role in her inexplicable disappearance!

Luckily, that was not the case. Earlier this week, Brazilian officials revealed that runway runaway Thomsen called them and said, "...she was doing well in London and that she didn't want to be found, not even by her parents." Authorities don't intend to investigate further -- and closed the case.

Thomsen, who competed in Donald Trump's 2003 Miss Universe pageant, is the latest beauty queen to make ugly headlines on the heels of Mess USA Tara Conner's rehab stint. In December, Miss Nevada Katie Rees was stripped of her crown after racy photos surfaced of her kissing other women and exposing herself. Last month, Miss New Jersey Ashley Harder resigned from her throne after getting knocked up. Who's next?