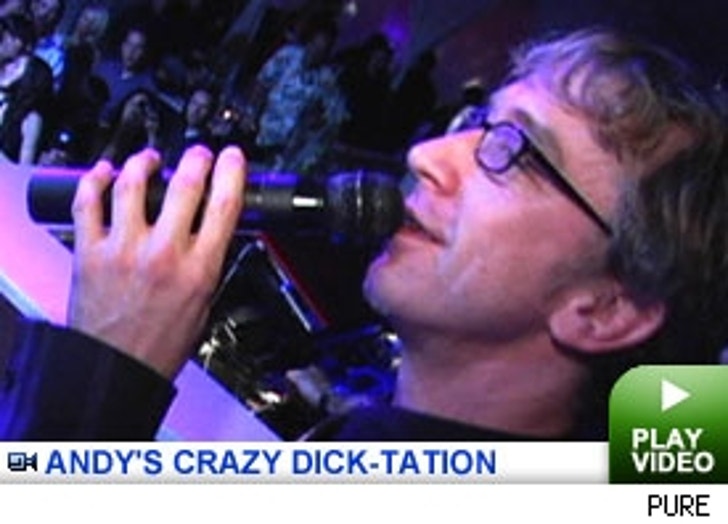 There's nothing quite like confusing your "dumb b***hes" for your son -- but what else would you expect from Andy Dick?

In the midst of trying, somewhat in vain, to rile up a crowd at PURE nightclub at Caesars Palace in Las Vegas, randy Andy got a text message which he initially thought was from a female friend. It turns out it was from his son -- just one of his three children.

At least he stayed upright, unlike his premature ejection from "Jimmy Kimmel Live" last week -- after a little too-much grab-thigh with Ivanka Trump.