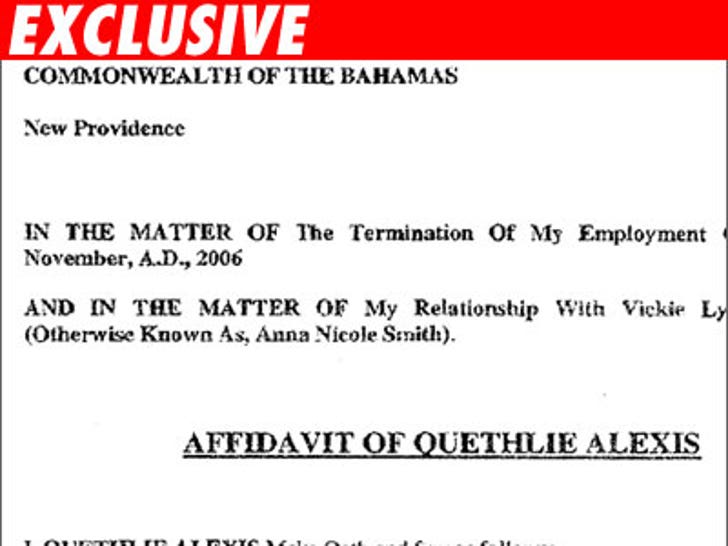 TMZ has obtained an explosive legal document written by Anna Nicole Smith's former nanny, which contains shocking accusations about her former boss, including suicide attempts, sex romps, and a claim that Smith dangerously starved Dannielynn because "She wanted her baby to be 'sexy'." 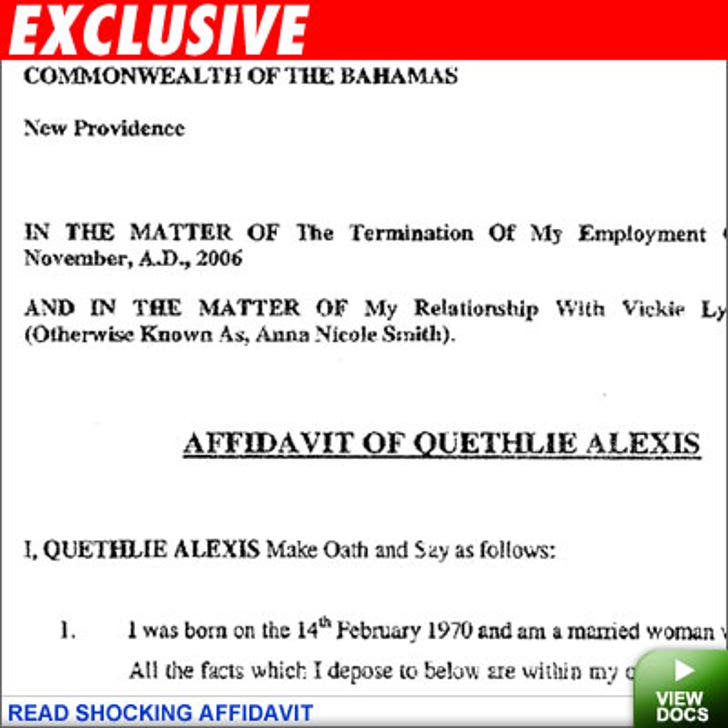 According to the sworn affidavit written in the Bahamas on December 4, 2006, Quethlie Alexis claims she received repeated threats from Smith, aka Vickie Marshall, to "underfeed" Dannielynn because, "Ms. Marshall was obsessed with making sure that her baby was 'sexy.' Ms. Marshall knew that the correct amount of baby food was 3 ounces every 3 hours ... Ms. Marshall insisted that the maximum I was to give was 2.5 ounces." Alexis claims that Smith enforced the order by "making sure the baby monitor was kept on all the time." Alexis adds Dannielynn "is badly underweight and not thriving, as a baby should."

According to the document, Alexis says that Smith threatened to "shoot her" if the baby ever addressed the nanny as "Mummy."

In the document, Alexis also claims that during her brief employment, Smith "attempted to commit suicide" on two separate occasions. "On the first occasion, she drank in my presence an entire bottle of what I believed to be a sleeping aid." Alexis claims that when Smith woke up from the resulting 48-hour coma, she blurted out the words "I wanted to die ... I meant to kill myself."

The document also describes the "flagrant sexual relationship" between Smith and the Bahamian Minister of Immigration, Shane Gibson. According to the affidavit, Alexis never witnessed Gibson and Smith having sex, but the former nanny claims the minister would, "spend hours alone with Ms. Marshall in her bedroom" on a "daily basis."