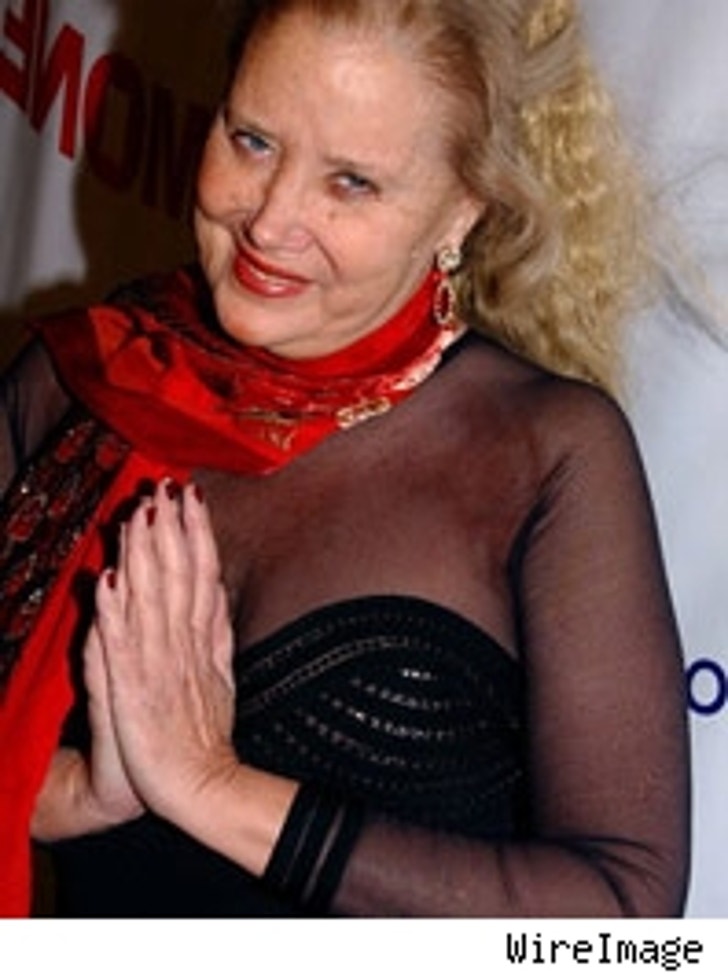 Actress Sally Kirkland believes Anna Nicole Smith's breast implants played a significant part in her need for pain medication, and possibly her death. Sally nearly died from them herself.

Kirkland, a Best Actress Oscar nominee in 1988, told TMZ that she believes "Silicone played a part in the emotional and physical breakdown of Anna Nicole's body." Kirkland, who at one time had 38DD silicone breast implants, met Smith in 1992 when the two were "a similar size." Sally says she herself was poisoned by her leaking silicone implants, and had to take Vicodin and other pain medications to alleviate suffering from the crippling pain. Kirkland believes Anna was probably enduring the same ill effects -- the reason she needed methadone and Demerol prescriptions and "appeared out of it a lot of the time."

Now healthy and implant-free since 1998, Kirkland also feels that Anna "may not have consciously known the dangers" associated with silicone implants. In 2006, the FDA allowed silicone implants back on the market after a fourteen-year ban. Kirkland has been an anti-silicone activist for years, and hopes that Anna's tragic death is a wake-up call on the dangers of the implants.