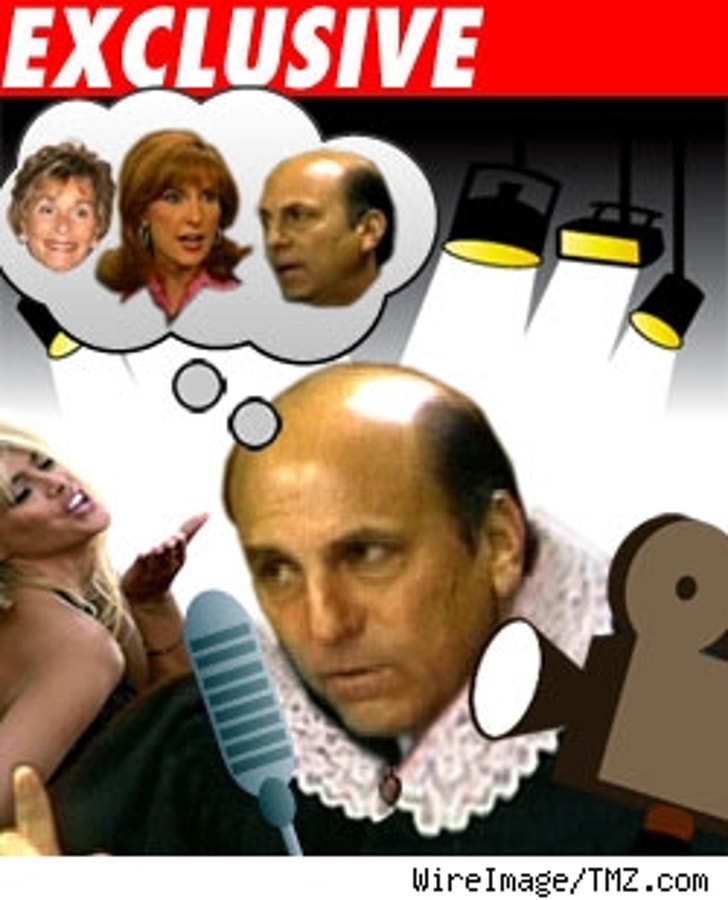 TMZ has learned Judge Larry Seidlin's dream is to become a judge on a TV courtroom show.

The endlessly entertaining Florida judge who is hearing the Anna Nicole case has had a TV show on the brain for months. Sources say Judge Seidlin has even made a demo tape of cases that were recorded in his courtroom.

Judge Seidlin, whose name is extremely similar to Judge Judy Sheindlin, graduated from night law school in New York. Seidlin was a taxi driver who worked his way through school. At 28, he was the youngest judge ever to be elected in Broward County. The 56-year-old judge is married with a young daughter.