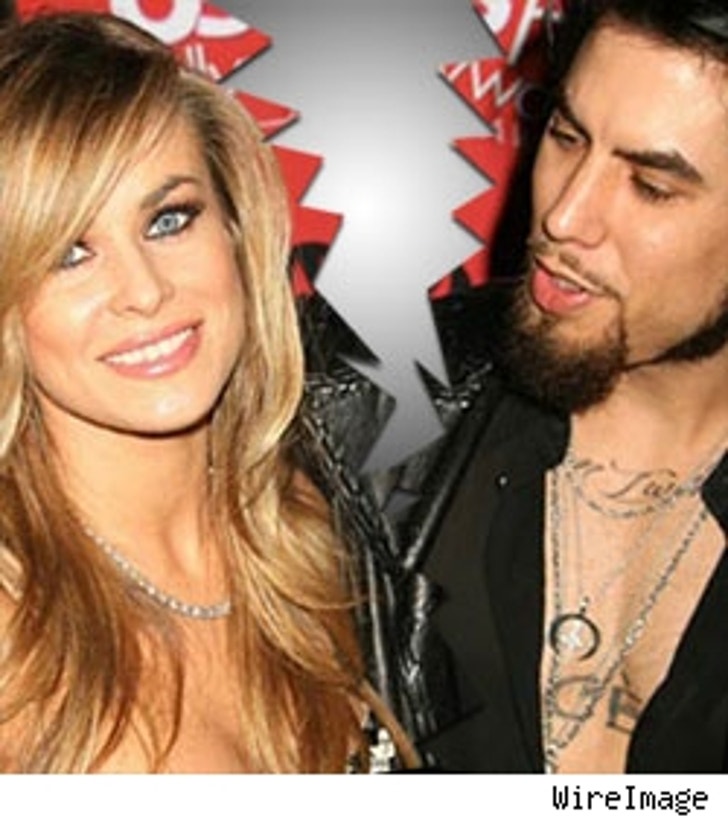 Tattooed rockers and supermodels, start lining up! The marriage between Carmen Electra and Dave Navarro is officially over!

A judgment was entered in the divorce of the former couple in Los Angeles County Superior Court today. They announced their split in July of last year. Carmen and Dave amicably split their assets evenly -- per their prenuptial agreement -- and both waived their right to spousal support. Highly civilized.

They were married on November 22, 2003 and have no children.