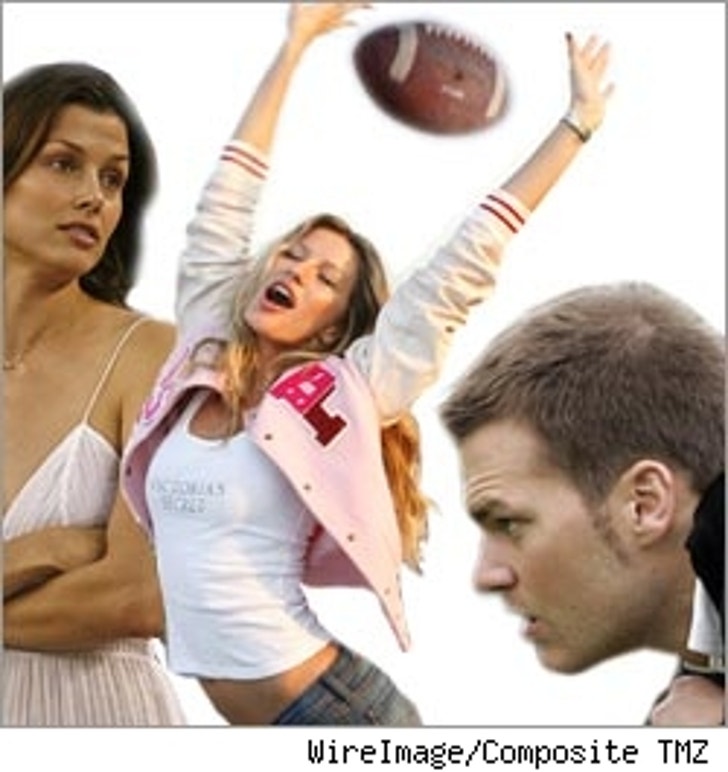 It's gotta be a drag when your NFL quarterback BF dumps you after three years and takes up with a Victoria's Secret supermodel ... and then you find you're three months preggers. Now Tom Brady says that knocked-up ex Bridget Moynahan is trying to make him "look like a jerk." That shouldn't be tough!

While Tom and Brazilian bombshell Gisele Bundchen (who used to date Leonardo DiCaprio) were vacationing in Paris, Bridget dropped the bomb that she was in the family way ... an out-of-wedlock event which couldn't have pleased Tom's staunchly Catholic family. Apparently, Bridget was trying to embarrass Gisele and make her look bad. That'd be tough!

Reports say that Gisele has never been happier, despite Tom's lil' pigskin slip, and that the two will probably marry. GB and her QB are headed to Milan so G can appear in the D&G show there.