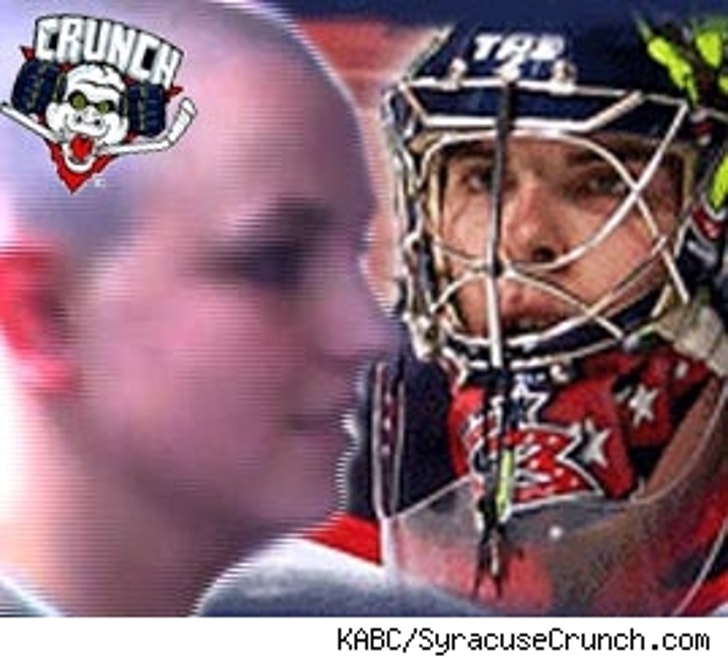 A minor league hockey team in upstate New York is offering Britney Spears an all-expense paid trip to come and watch the team play ... and escape the trials and tribulations of celebrity life. If she does, the team is offering a free ticket to any woman that comes to the War Memorial Box Office with a shaved head! That's a lot of sexy, bald women!

The Syracuse Crunch -- located in Syracuse, NY, which is currently buried under a mountain of snow -- hopes that Britney will make it up to Salt City in time for the team's February 24 game against the Manitoba Moose.

"The team and community want to provide Britney Spears with a stress-free environment and the chance to experience a high level of hockey," Crunch President and CEO Howard Dolgon says on the team's website. "In addition to being 3,000 miles away from Hollywood, Syracuse is light years away from that pretentious environment. There won't be paparazzi within a 100 miles." C'mon, don't puck around.

If Spears accepts the invite, the team's entire front office pledged to shave their heads as well!