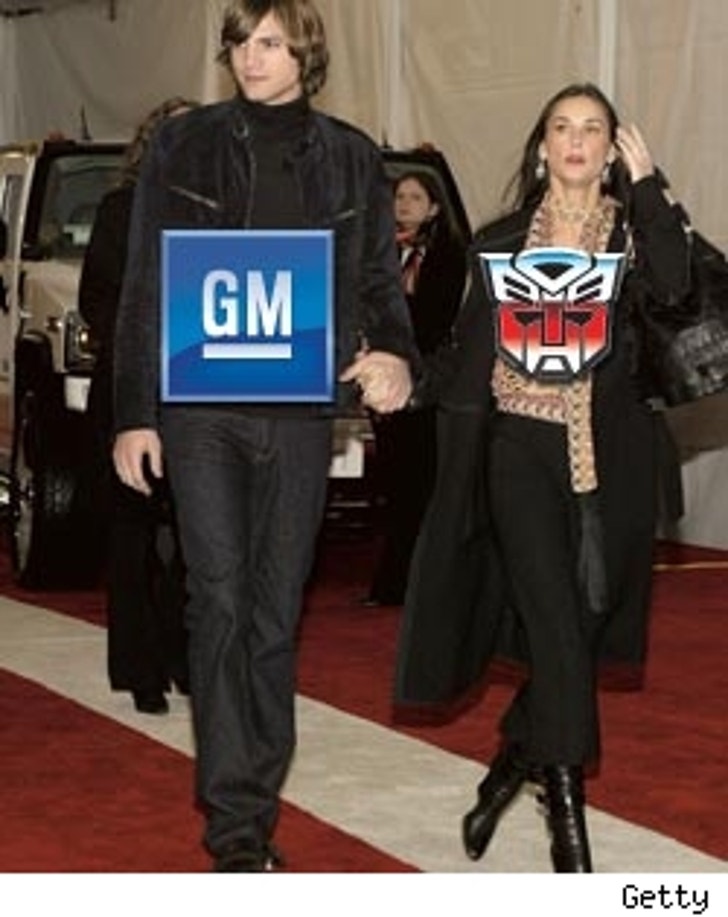 After cars that GM licensed for "Transformers" were unveiled during a pre-Academy Awards fashion event at Paramount Pictures, speculation has been rampant that GM may be debuting a line of specially-badged vehicles to coincide with the launch of DreamWorks' "Transformers: The Movie."

GM's cast of "characters" in the Michael Bay film include "Jazz," who's played by a Pontiac Solstice; "Ratchet," who's really a Hummer; and "Ironhide," who looks suspiciously like GMC's new TopKick.

Says Mike Jackson, GM North America Vice President of Marketing and Advertising, "'Transformers' is a compelling project and offers us a global platform for marketing GM products and building our brands; it represents the perfect intersection of entertainment, marketing and design."

Toyota expects to dramatically increase sales this year -- by half a million -- to 9.34 million vehicles. That's well ahead of troubled GM, which is actually in the throes closing plants and laying off 30,000 workers.

Rather than mulling some lame line of "Transformers"-badged cars, how about this crazy marketing idea, GM?