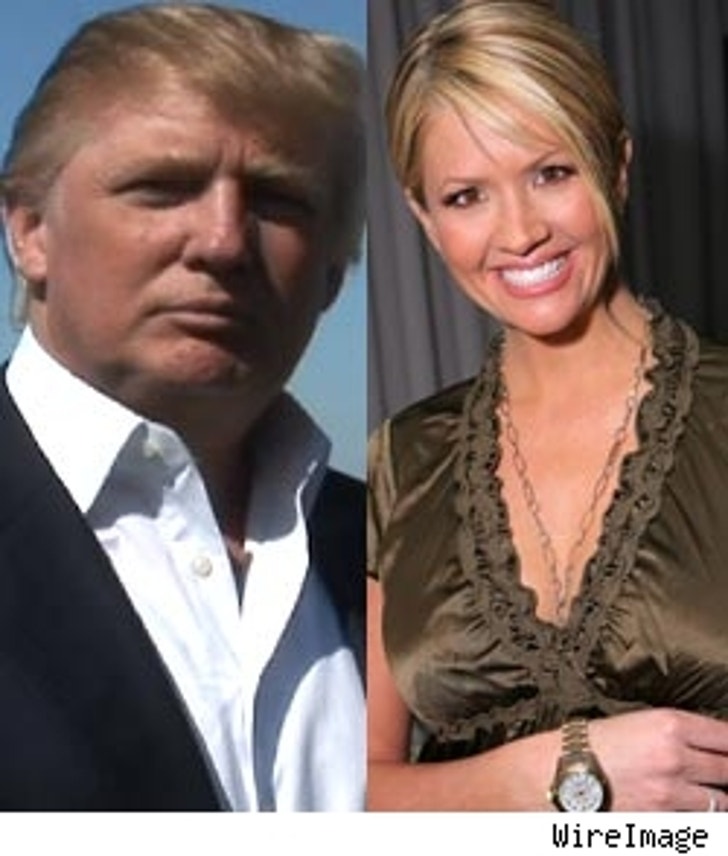 NBC announced today that "Access Hollywood's" Nancy O'Dell will host next month's Miss USA Pageant, but if it had gone Donald Trump's way, that wouldn't be the case.

A source tells TMZ that the enigmatic real estate mogul wanted to drop O'Dell as host because he doesn't like the way pregnant women look. But it's not The Donald's call: O'Dell is under contract with NBC and is the host of the "Access Hollywood" (which is syndicated on many NBC stations), and she will also be fronting the network's Oscar coverage this weekend. The lesson here: Don't pick on the Peacock's golden girl, Donald!

What was particularly troubling to O'Dell, our source says, is that the Miss USA Pageant is supposed to embody more than just how a woman looks in a bikini. It's safe to say that O'Dell, who will be six-months pregnant when the pageant airs, won't be sporting a two-piece.