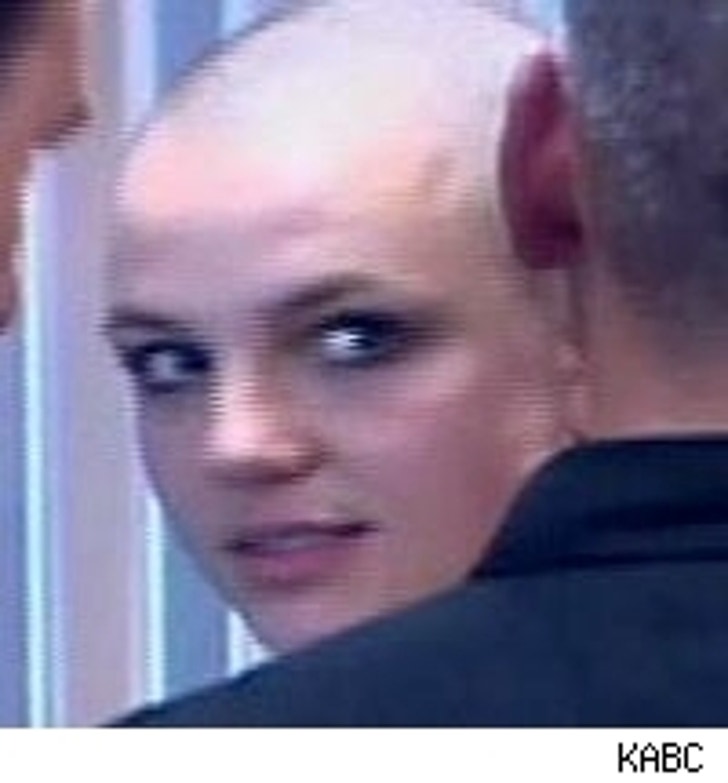 First she was buzzing, then she was wigging, and now -- well, now, she's just flipping. Britney Spears completely lost it Wednesday night, wildly swinging an umbrella at an empty SUV (owned, it seems, by a photographer), and looking like a completely out-of-control, deranged lunatic.

Brit went on the shocking rampage when, as TMZ told you yesterday, she visited Kevin Federline's house and he wouldn't let her in the door. Just a couple hours after her spasm of rage, says the New York Daily News, Spears was corralled by her mother Lynne, who enlisted the services of a bodyguard to get her to go back to Promises in Malibu for a third go-round at rehab. K-Fed then agreed to drop his emergency custody hearing, which was scheduled for Thursday morning.

Friends of Federline, quoted by the Daily News, say that the rapper "won't give up" on his fight to save his kids. 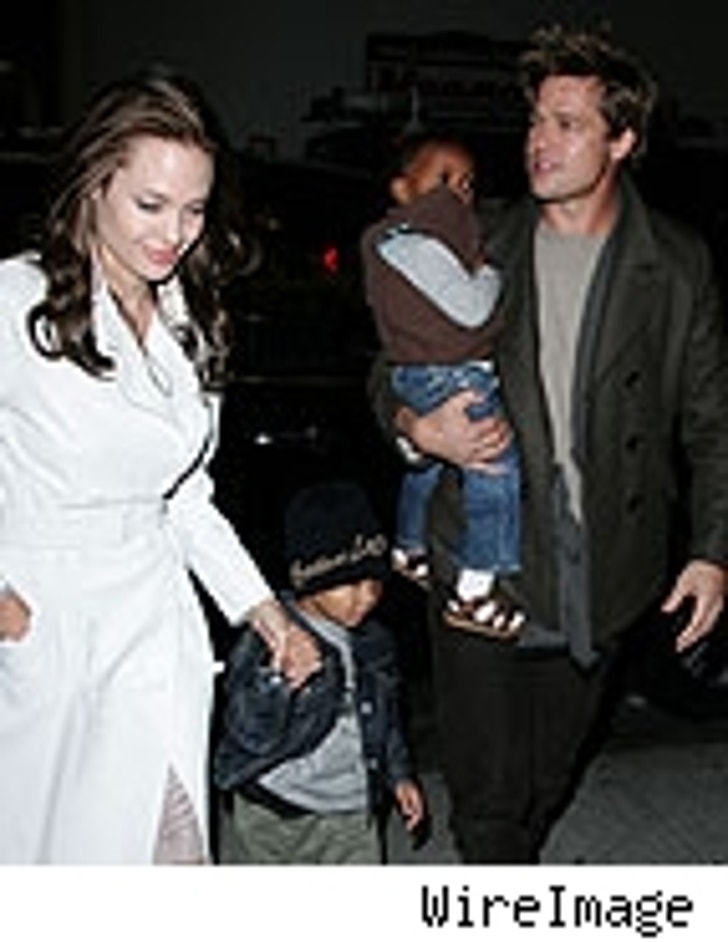 Pitt and Jolie – Adopting from Vietnam?

Brad Pitt and Angelina Jolie are trying to procure a fourth child, this time from Vietnam. Not content with one from Cambodia, one from Ethiopia, and another from the good ol' USA (though born in Namibia), the couple have filed papers with the US Citizenship and Immigration Services, says Us, to adopt a boy from the Tam Binh orphanage in Ho Chi Minh City, which is where they spent their Thanksgiving. The young fella would join brother Maddox (five) and sisters Zahara (two) and Shiloh (nine months) in the burgeoning Brangelina brood, which Pitt has joked about growing to the size of a soccer team. 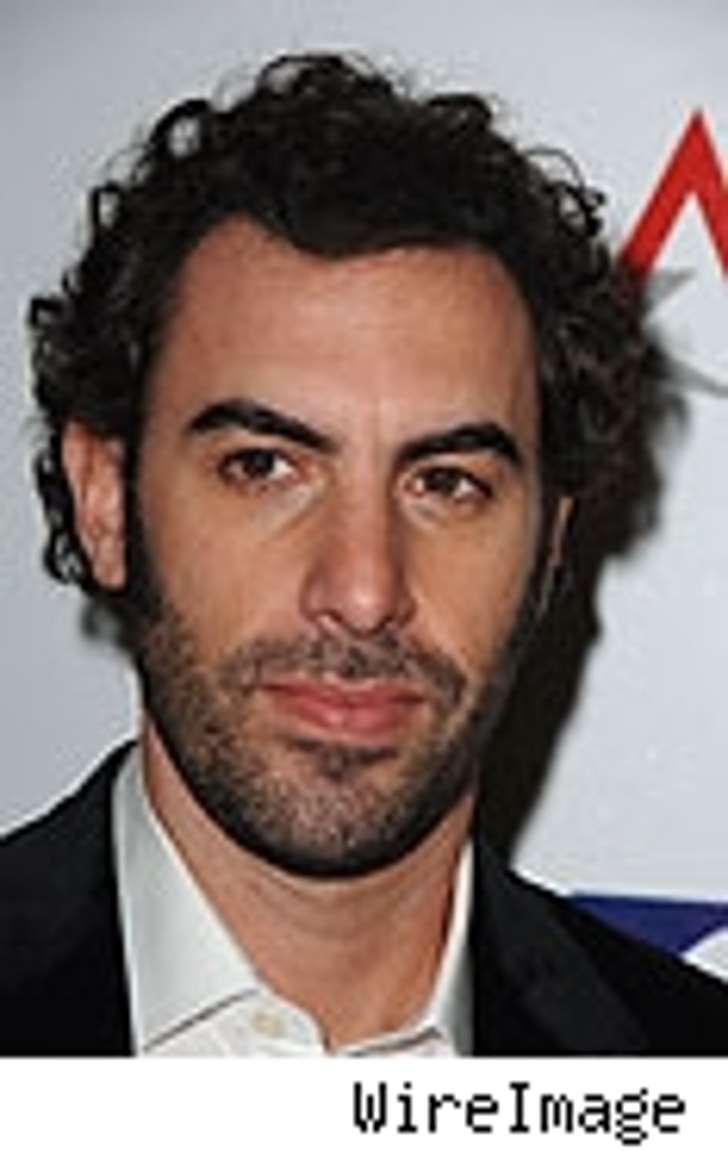 Sacha Baron Cohen has declined an invitation to present at Sunday's Academy Awards because, as the Los Angeles Times reports, show producers wouldn't allow him to appear as Borat Sagdiyev, the character that got him his Best Adapted Screenplay nomination -- and thus squelching any hope of unpredictability for the telecast. Baron Cohen, of course, gave one of the most side-splitting acceptance speeches in recent memory at the Golden Globes (rancid air pockets, anyone?) – and could still get his turn on stage if he wins – but Borat will just have to sit this one out. 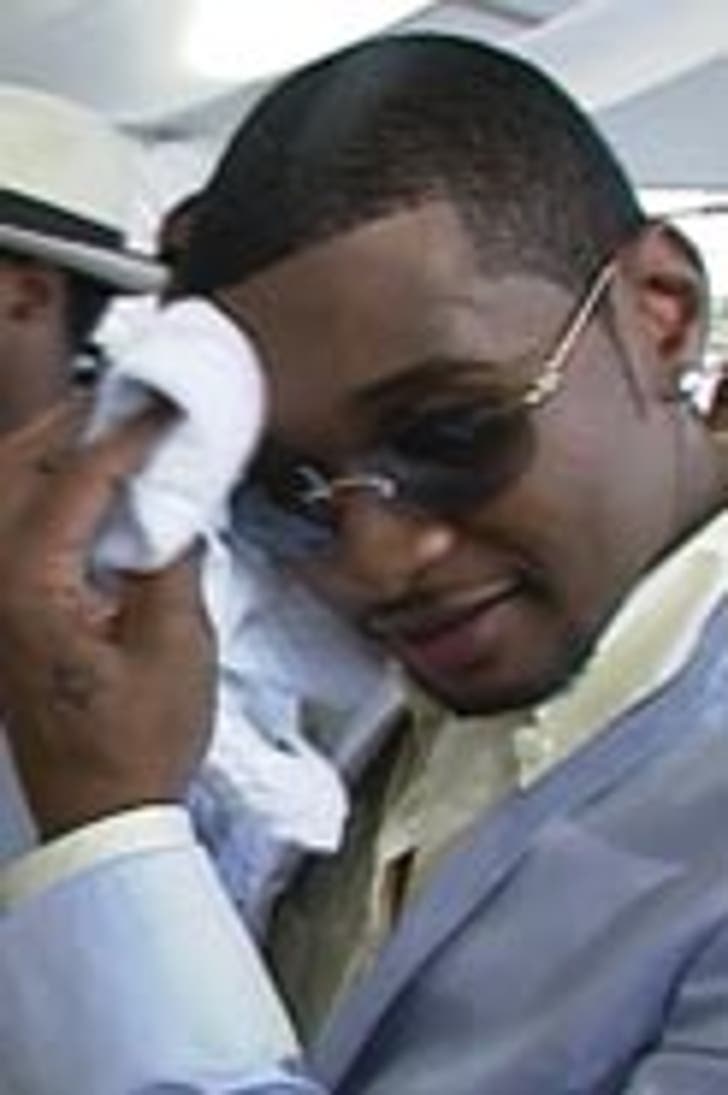 Usher's mother is "flipping out," says the New York Daily News, about his new fiancee, Tameka Foster, and Mother Usher (real name: Jonetta Patton) once even fired Foster as his stylist because she didn't like the way Foster made her soon look. ... Even in the world of hard rock, it's all about the Benjamins. A friend of Chris Cornell tells Page Six that you can forget about all the "artistic differences" and other nonsense that Cornell cited when he left Audioslave. Basically, he wrote all the music, but his bandmates shared equally in royalties, and Cornell wanted the loot for himself. Cornall's rep had no comment. ... Did Nick Cannon get married in Vegas? Us Weekly is saying that the Drumline star got hitched in Sin City, love chapel-style, to Victoria's Secret model Selita Ebanks. They've been dating only three weeks.