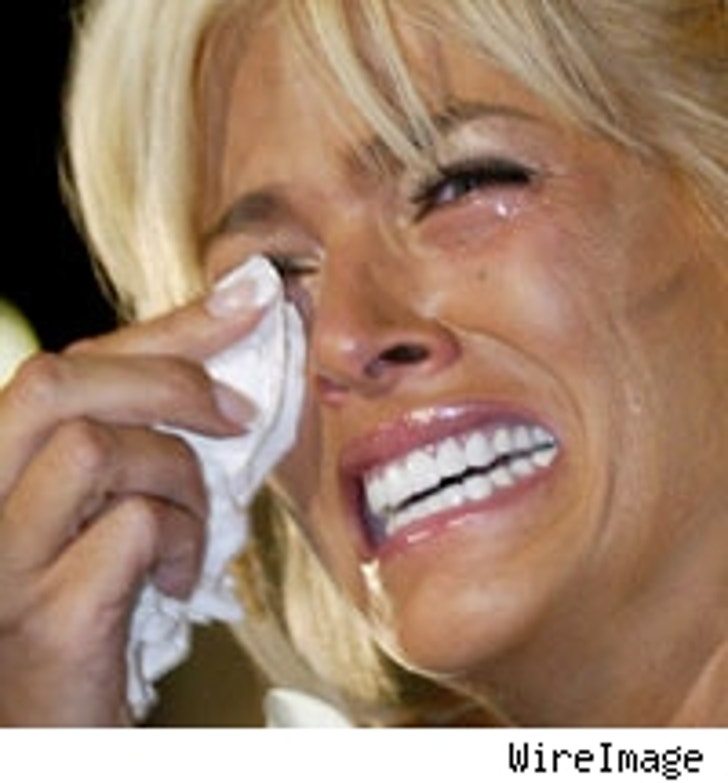 With her killer resume packed with hit movies like "Naked Gun 33 1/3," "To the Limit" and of course, the cult classic "Wasabi Tuna," it was a complete shock when the late Anna Nicole Smith turned up missing from Oscar's annual morgue montage.

According to reps from the Academy of Motion Picture Arts and Sciences, a final version of the deceased reel is cut and approved by Febuary 1, and there's only room for about 25 people (last year, more than 130 bought tickets to the big movie theatre in the sky). But what if, god forbid, Tom Hanks or Steven Spielberg had kicked the bucket last week -- would they have made the clip reel?

Guess we'll have to tune in again next year to see if Anna makes the cut!