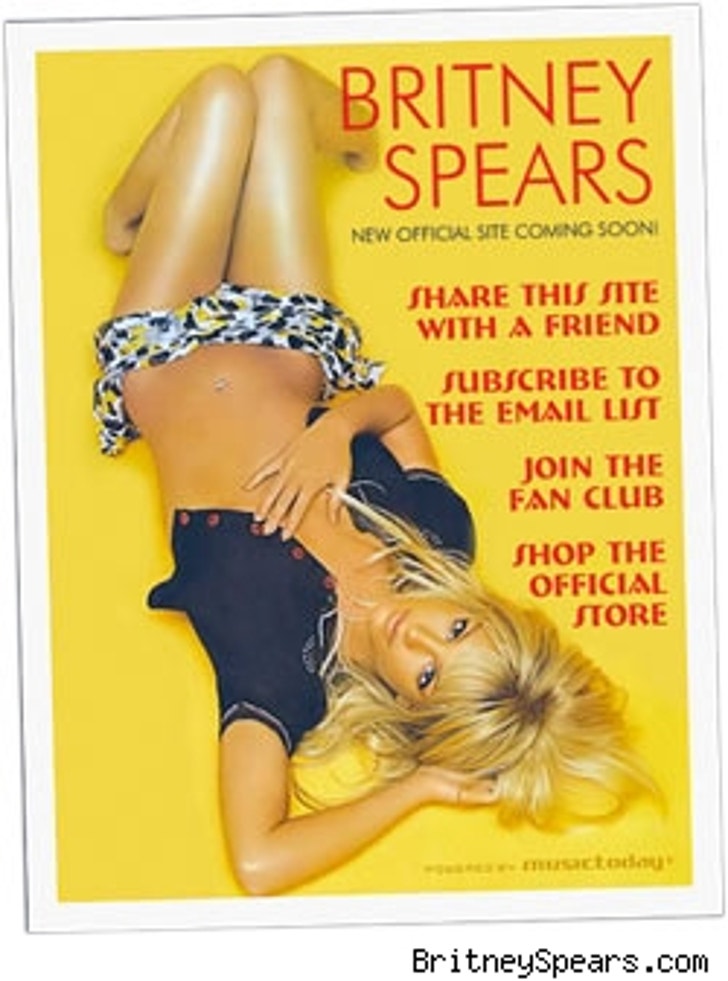 Britney Spears is getting a personal overhaul of sorts at Promises in Malibu -- and now she's getting one online as well.

The homepage of Spears' official website had a brand new look this morning, with a vintage (i.e., late Nineties) picture of a sultry Britney slithering on the floor, promising a "New Official Site" soon. Besides that, however, the new homepage simply invites visitors to join her fan club and shop Spears' official store.

Over the past several months, Spears homepage has been the vehicle for various interesting postings, presumably from the pop princess, with exotic tigers appearing last summer and an apology for her crotch-baring antics in early December.

Oddly, most awkwardly out-of-date web addresses within BritneySpears.com still worked as of this afternoon, like a biography page talking up her 2003 single, "Me Against the Music" and a "Stream of Consciousness" page containing a letter addressed to "False Tabloids," that read, in part: "Until you face what is going on in your life, I guess you'll remain a false tabloid."