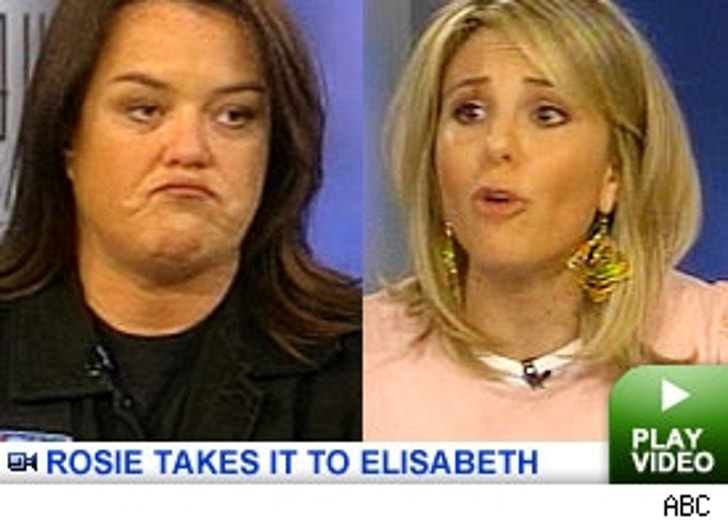 Could Elisabeth Hasselbeck be ditching "The View" after Rosie O'Donnell called her "ignorant" and slammed her right-wing stances as "abhorrent"?

Page Six
reports that Ro left E in tears after her full-frontal on-air attack, and that now, Hasselbeck is looking to leave the show. "Her days there are numbered," says a Post source. "She is looking to leave." The fracas started when Rosie trashed the Patriot Act, which

Elisabeth then defended, an assertion that prompted Rosie to call her "young" and "wrong."

Rosie, on her blog, says her Hassel-slam was "ignorant" and that she hasn't forgiven herself for what she did, but that Elisabeth herself has. Rosie's rep says that the two "get along great," and show reps had no comment. 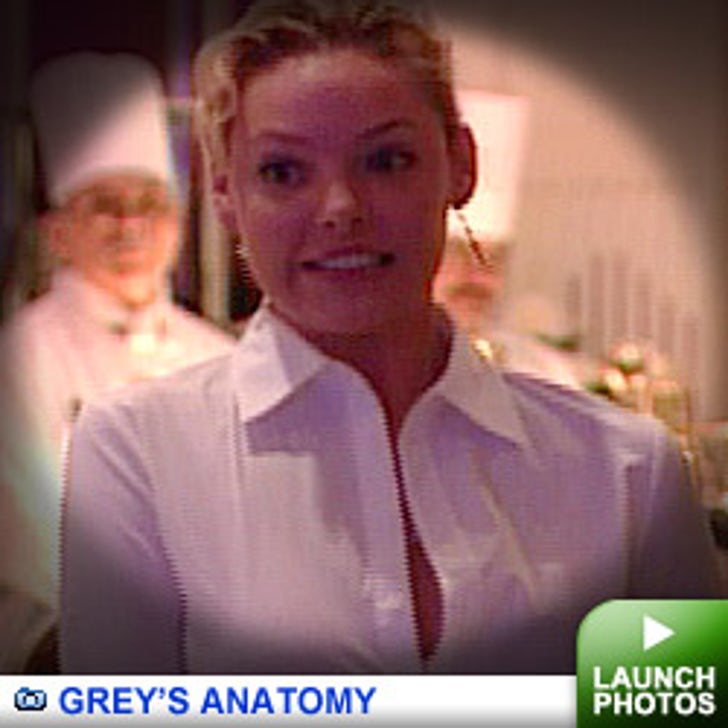 Katherine Heigl has cast the next stone in the public contract battle with her employer, Touchstone Television, over her future at "Grey's Anatomy." After she told People that she'd dropped out of contract negotiations, ABC hit back, saying that Heigl wasn't going anywhere anytime soon because she was under contract. Now, Heigl's just plain mad – why don't we let her explain, via a statement released by her reps: "I am embarrassed that this has become a public matter and disappointed that Touchstone felt it necessary to divulge private employment information.

" Heigl – who plays Izzie on the hit medical series – adds that despite it all, she continues "to be passionate about and committed to this character."

Angelina To Adopt Again, But Does Brad Know? 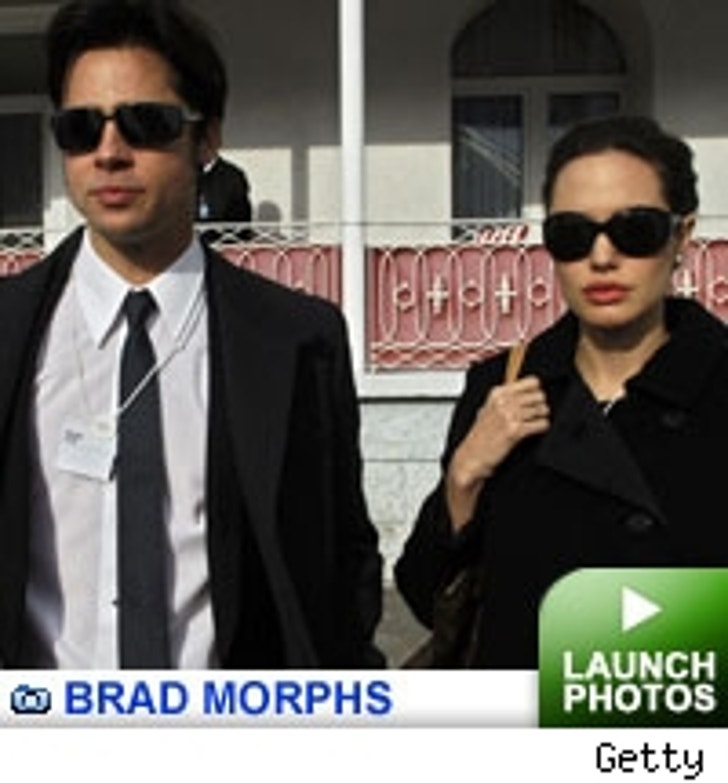 Four down, 189 to go. That, at least, is where Angelina Jolie is at when it comes to raising a child from each of the world's countries. Today, Vietnam's top adoption official tells the AP that Angelina has filed papers to adopt a kid from his country, via a US adoption agency. Curiously, says Vu Duc Long, Jolie applied to adopt as a single parent. She and Brad Pitt, of course, already have Maddox, Zahara, and Shiloh, representing Cambodia, Ethiopia, and the United States, respectively. No word on whether adoption officials in Luxembourg have been contacted.

TomKat and Yoko Ono, sharing spatulas and bickering over bikes in the hallway? It could happen -- a report on Gawker.com yesterday suggested that the couple were getting a $20 million pad in the Dakota, the New York building on Central Park West where John Lennon was shot. According to a Cruise rep, cited by Rush & Molloy, the rumor isn't true – as far as "we are aware of." ... Pam Anderson will be returning to the boob tube as the star of what Page Six calls a "fantasy-based drama that takes place at a Malibu beach club." Wait – this is a TV show? ... Despite a rendition of "Because You Loved Me" (yes, that Diane Warren-Celine Dion song) that caused faint aural bleeding, saucy "American Idol" contestant Antonella Barba made the cut into the show's final 16 last night.