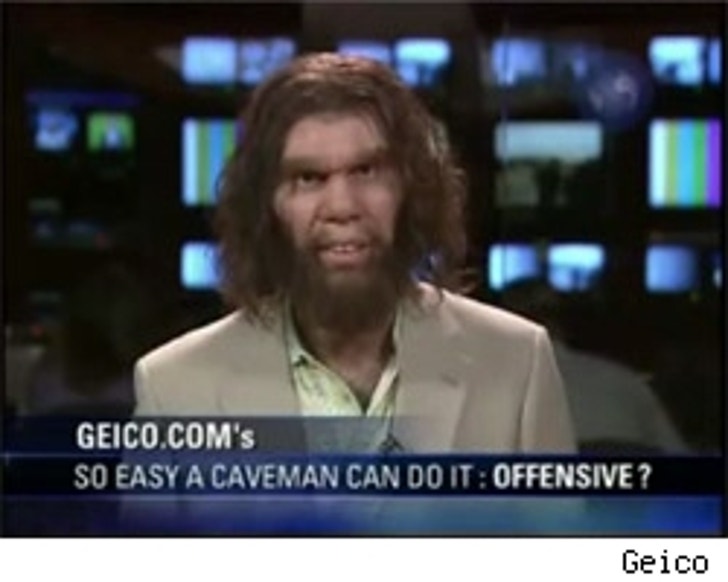 ABC is looking to an unlikely place to find the next big television show: Geico TV commercials.

Yes, the net is developing a half-hour comedy based on the cavemen characters from the popular insurance ads. The show would revolve around three pre-historic men who must battle prejudice as they live their day-to-day lives in modern Atlanta. Who smells Emmy?

The Geico spots feature cavemen pissed off over Geico's slogan for its website: "So easy, a caveman can do it." At least they didn't try and make a show out of that stupid gecko, although that's probably next.