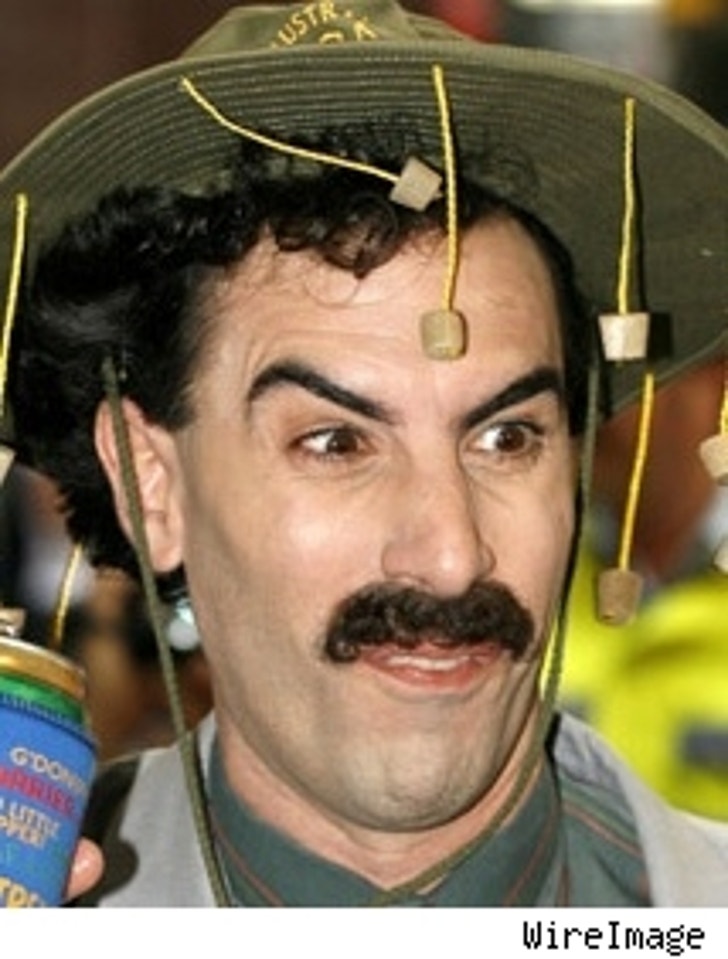 The fictional creation of Sacha Baron Cohen (who got an Oscar nomination for the "Borat" screenplay) was cited in the State Department's annual report of human rights violations around the world. The report, released yesterday by piano-playing Secretary of State Condoleeza Rice, criticized the government of Kazakhstan for pulling Borat's site, www.borat.kz, off the web in late 2005. At the time, the site was moved to www.borat.tv and continued to poke fun at Kazakhstan.

Before the site was eighty-sixed, when the Kazakh government threatened "legal measures" against Cohen for the webpage, he responded, in typical anti-Semitic Borat form, "I ... fully support my government's position to sue this Jew."

TMZ tried contacting Cohen and, of course, Borat, but we haven't gotten a response as yet.