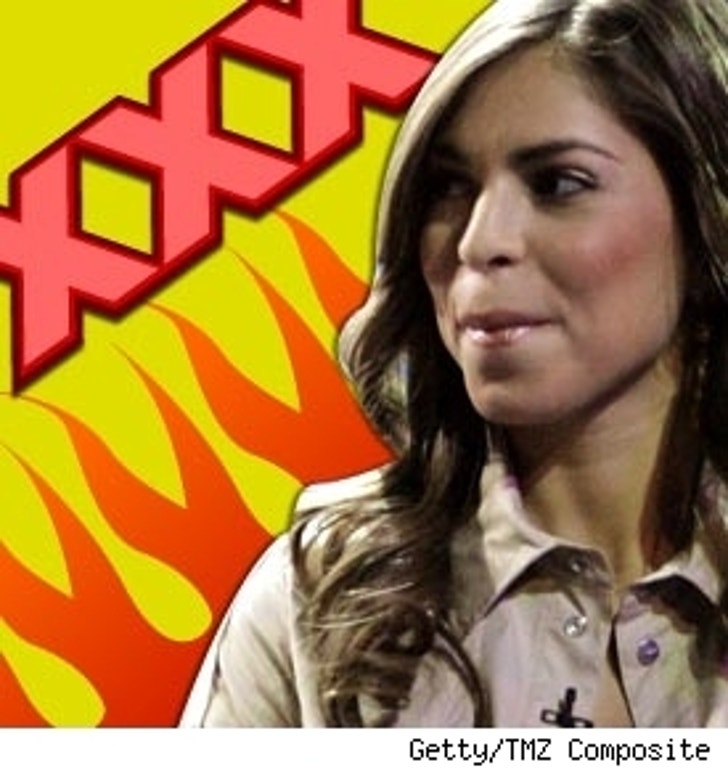 TMZ has learned that an adult video company has joined the check danglers who are offering "American Idol's" controversial competitor major dough, as they attempt to cash-in on her newfound slut-ebrity status.

If Barba signs, Sugar CEO "Jax" claims that her first gig would be hosting a launch party for their new video-on-demand service. Jax said he welcomed a bidding war, telling TMZ, "You saw her photos online, she's smokin'. We will not lose because of money." Neither will Antonella.