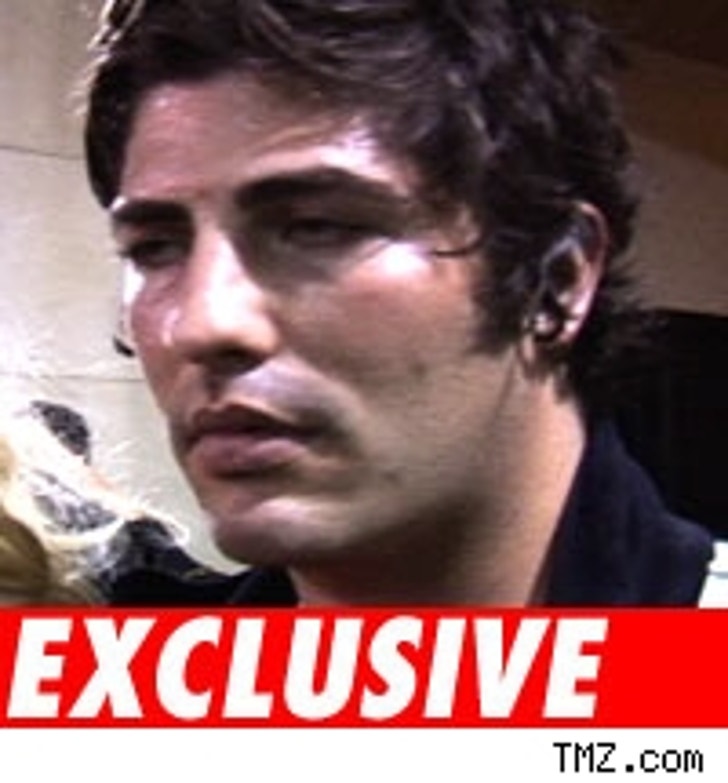 Oily heir Brandon Davis is slick, but is everyone's favorite Greasy Bear the next Danny Ocean? The portly party boy, whose family is worth billions, is being sued for allegedly ripping off a Bahamian casino for a barrel of cash during a weekend in January.

In a lawsuit filed in New Jersey and exclusively obtained by TMZ, the Atlantis Paradise Resort and Casino claims Paris Hilton's favorite hanger-on owes them $75,000 -- after checks that Davis wrote for a hefty casino marker were returned bearing the stamp "Non-Sufficient Funds!"

According to the lawsuit, Davis was either "aware at the time that he presented the checks that his account had insufficient funds," or had borrowed the cash with "the intent and plan to order the Bank not to pay or honor the checks." Either way, the casino wants their green -- stat. They're even after Greasy for an additional $270 to cover the returned check fee! Bad Greasy.

Calls to Davis were not returned.