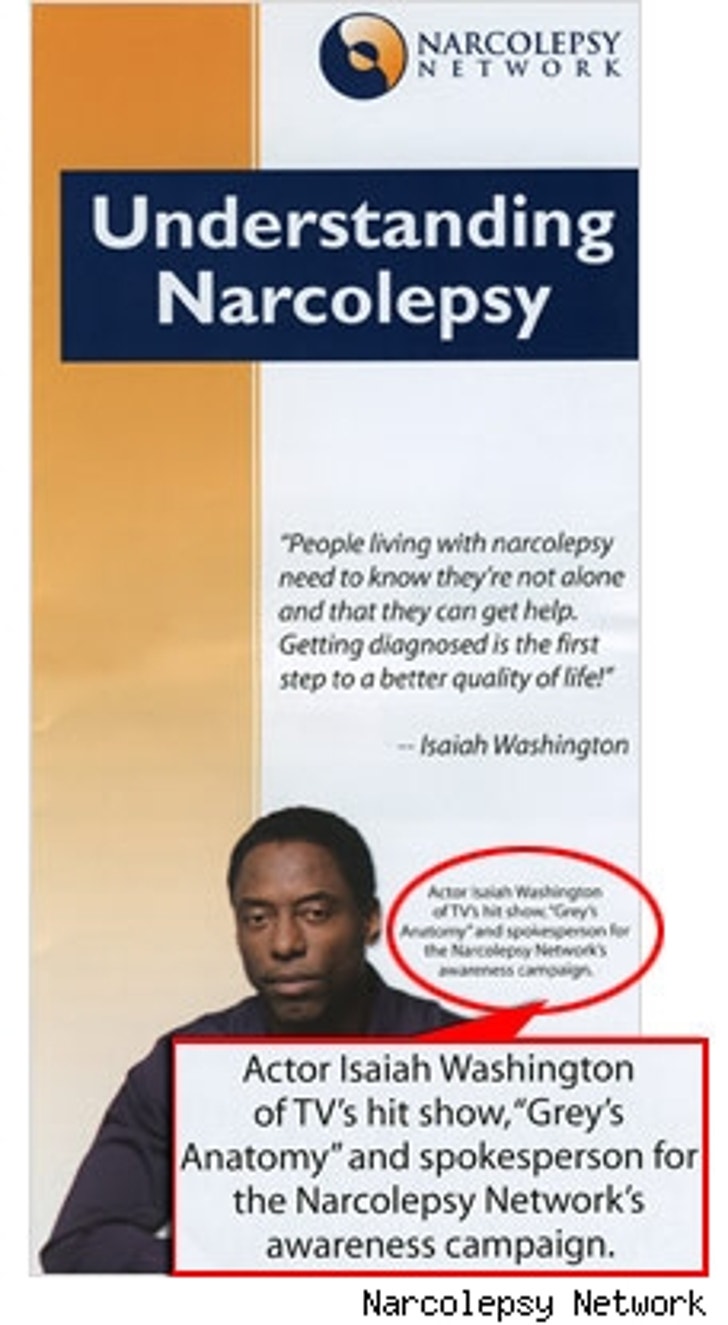 It seems there is one group that rehabbed homophobe Isaiah Washington does stick up for -- narcoleptics!

The tired "Grey's Anatomy" doc became a spokesperson for the Narcolepsy Network's awareness campaign in 2006, prior to his highly publicized "f-word" diatribes. Isaiah's "Grey's" co-star, Kate Walsh, is the organization's 2007 spokesperson.

Narcolepsy is a chronic neurological sleep disorder caused by the brain's inability to regulate sleep-wake cycles normally, as one might find while watching "Grey's Anatomy."

As many as 200,000 Americans suffer with the debilitating disease. Although Washington is not afflicted with narcolepsy, he says, "People living with narcolepsy need to know they're not alone and that they can get help." No word on how he feels about gay narcoleptics.

A rep for the Narcolepsy Network told TMZ, "Isaiah did a great job on the campaign."